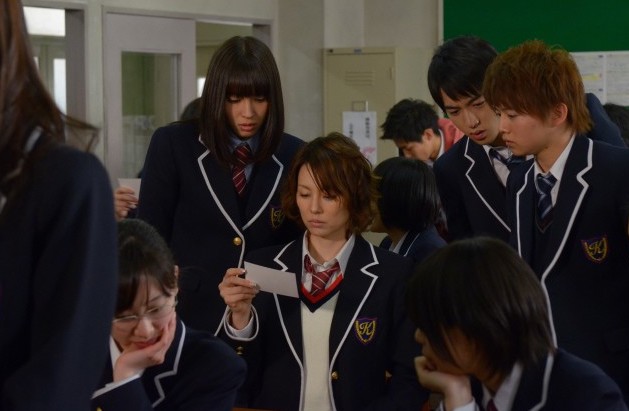 A dorama that goes far beyond its time. 35 sai no Koukousei deals with teenage problematics that now a days are absolutely ordinary.

The starting point might be a little unreal. There’s no way any Director on earth would allow a 35 year old join a regular high-school, but in this story sounds perfectly normal.

We might think that after this introduction we’re going to see a freak show. Well, no. There is an absolute solemn treatment of the more than interesting subjects that we find here. Bullying, family problems, insecurities, everything is set up to be understood from the students point of view.

The whole setup and dynamic reminded me of Gokuzen. Although the solutions aren’t as creative nor interesting. In a whole, the dorama is not very deep. 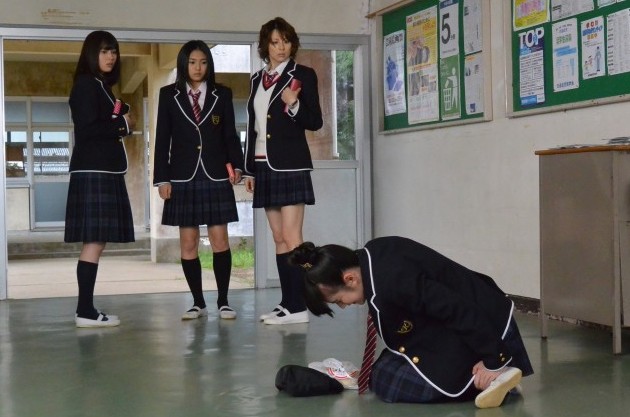 Synopsis of 35 sai no Koukousei

A 35 year old woman enters high school again. She’s a mysterious character that will develop through out the episodes. She will have to deal with her own childhood problems through her classmates. Learning about friendship, and life the hard way.

Starring in 35 sai no Koukousei

What I need to point out here is that teachers on this school are absolutely useless. Shameless adults, getting more scared than students. It’s overall a drama that fees really short. It might bof the entertainment or maye the stories are not boarded deeply enough. This, until the last two episodes when we get all the depth coming like a punch.

There isn’t a memorable OST, so I think there’s not much to say about it. It’s an ordinary drama about school life. With a really worth it two episodes at the end.

The dorama is also known as “No dropping out: back to school at 35”.