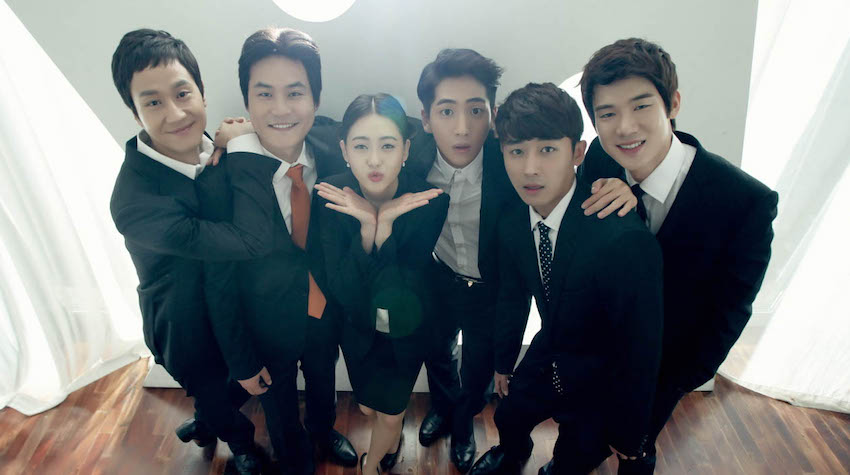 After watching Answer Me 1997, this one was highly expected. If I must compare the two of them, even if they are made by the same people, the main spirit of Answer Me 1994 is really different from its prequel. I can’t understand why is that yet if it was a generational issue I don’t think three years is a long time.

In some instances it is really funny, in some others, it just loses focus with random stories that have nothing to do with the main idea. It’s a format that we have already seen. In fact, the episodes last almost an hour and a half. This might have given time to fill gaps that usually they don’t have. Remember that in AM1997 the were short episodes that weren’t here.

It is really fun to watch them singing songs and watching television shouting out loud making crazy faces. I think that many fans of dramas will feel identified with that part (I know I did). But towards the end of episodes, everything that I found great and fun about the characters, started being boring to the point that it was hard to finish it. 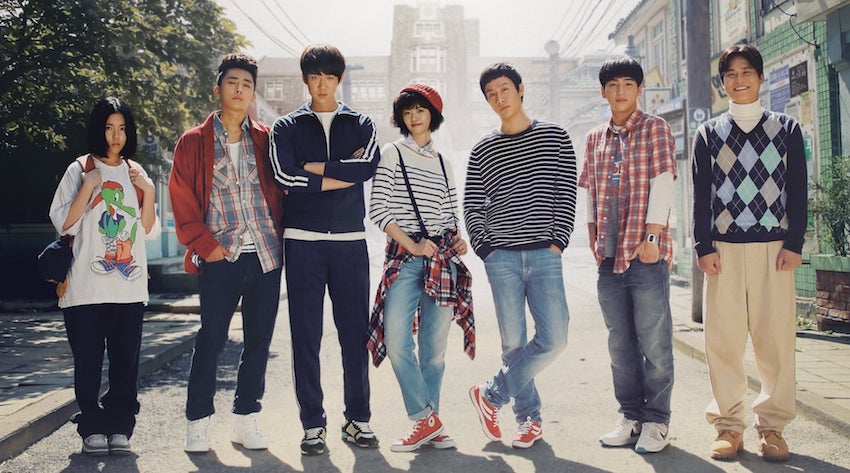 The story goes around many places but basically is about a group of kids that end up living in what they call a ‘Boarding House’. It’s a kind of pension in a regular house, that is taken care of by their owners. These students are all in their twenties and they tell the story about what happened 20 years ago. They keep a secret till the end, just like the prequel. You’ll have to find out at the very last minute.

Who Are You?, No Limit, Peacemaker

Is Sung Na Jeong, a rustic girl and now the only daughter of the owner’s couple. Is a huge change since I saw her in the really not recommendable Who Are You?. She has to play a younger character and also an older one that she really is. Both of them were equally achieved, although sometimes her accent is just unbearable. Also her personality, but that has nothing to do with her performance that was great.

Everyone calls him Sseureki (trash), we don’t know his name until the last episode. Another mystery to solve that keeps the drama going. He’s a Medicine student, really eccentric and has been adopted by Na Jeong’s family. So their relationship is like they were siblings. It’s his first leading role in a short drama. I loved his part on Soon Shin (because of script reasons), but here he does a wonderful job. I’m pretty sure he’ll have lots of work.

He’s the unbearably adorable Chil Bong (we don’t know his name either), a baseball player that arrives to live into this house and falls in love with Na Jeong almost immediately. The things he does for her are countless, and after you see it you will decide what you think about it. Is easy to be a fan of Yeon Seok, he knew how to add Chil Bong a great amount of charisma and endless sweetness.

Is Samchunpo, the most strange character in this house. He’ll be in charge of the awkward situations. At the same time, he will try everything to improve his social relationships because he’s from another town (as almost everyone there) he has some issues with this aspect. I thought it was my first time watching him, but when I checked his previous works, and there he was. With so many different characters that you’ll find it hard to remember. He’s actually really talented as everyone in this particular drama.

He plays Hae Tae. A boy that does everything to become a city boy and leave his past behind. He tries, yes. He achieves? Well, you’ll see. He becomes Na Jeong’s confident friend, so he’s also in our mystery character list. A good role, and even tho he doesn’t have a great career, I think his part here will take him to good places.

Is his first performance in dramas or movies, he has done an excellent job. It was difficult to recognize him at first since he’s usually with color hair. He gives life to Binggeure, the sensitive character of the group, his struggle is intimate. A quiet boy but at the same time trying to be happy in his own way. Another excellent job, fans are surely delighted with him.

Just as Baro, is her first performance as an actress, and I can’t do anything else but to admire her. With her small size, she completely conquered the screen in each appearance. Personally, along with Chil Bong, she was one of the characters I liked the most. Especially because of her frontal personality and her simple emotions.

Also starring in Answer Me 1994

Sung Dong Il (The grand heist, The Suicide Forecast, Answer Me 1997) and Lee Il Hwa (You Came from the Stars, Answer Me 1997, Queen of Ambition. Both actors are well-known faces in dramas and movies. They give life to Na Jeong’s parents. It was odd that they are also Shi Won’s parents in the 1997 version, in fact, there’s an epic scene about it that I won’t spoil, of course. 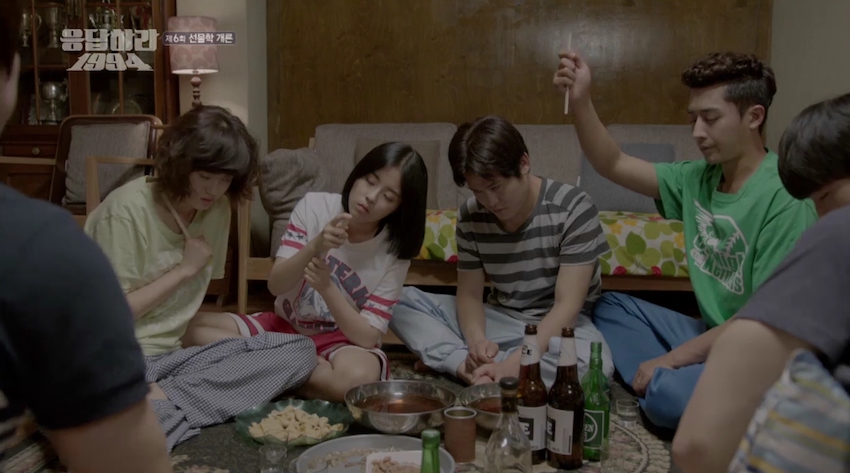 Conclusions of Answer Me 1994

I consider that the last minute mystery was too relevant to the script and that in reality, the plot is everywhere. Don’t get me wrong, I’m not saying this because I think it’s bad, it’s just that it caught my attention. In this case, the flashback (that is actually part of the story) and memories regression, justify the random effect to give everyone their time to shine.

Anyways, making us wait until the extended episode to know the resolution, I think it was too much. Answer Me 1997 cameo on this story is absolutely great, and it kept me wanting to watch that edition again. I would if I hadn’t to watch everything in my long list.

It’s clear that I find the first version way more fun than this one, even tho I think both dramas are good. But I find 1997 a little easier to watch and not so extended. Still, characters were wonderful, out of the ordinary and driven by with masterful skills (someone took some time choosing the cast). The story has its extraordinary places, its deceptions, and many cliches, because, Hey! What it would be of dramas without those. In general was good.

Constant calls to the past will probably be more interesting to Koreans than us, especially because K-drama fans are young to even remember that decade. On the other hand, most jokes are local and they leave us out. But if we go to the technology, fashion, and some Worldwide events, we will find ourselves remembering some wonderful places.

If you’re going to watch Answer Me 1994, I recommend you to watch 1997 first. Then be patient cause some episodes will feel neverending. Anyways, I recommend it.