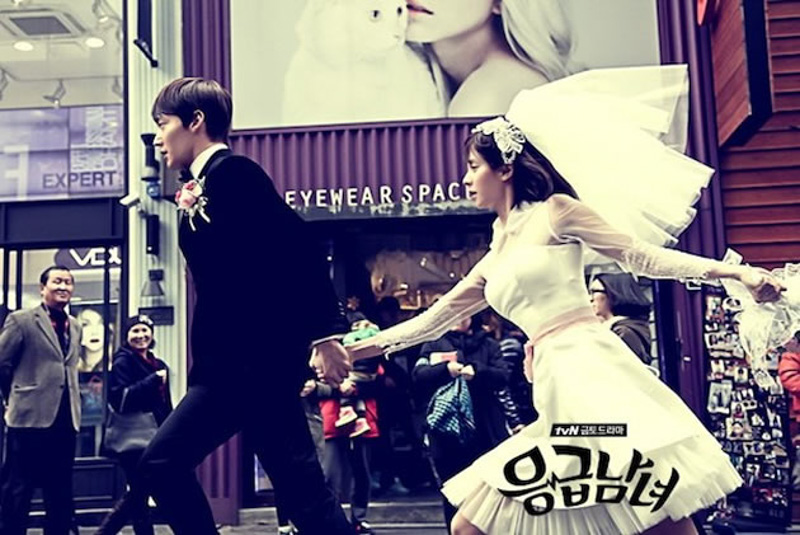 It’s been a long time since I waited for a warm feelings romantic comedy. Those that make your heart feel fuzzy and waiting for each week’s episodes. I had not high expectations of Emergency Couple. That’s just because I’m used to be like that so I don’t get disappointed in the end. Lucky for the viewers the drama has a strong story. Also an original point of view of marriage and divorce. And lastly a great way of portraying characters pasts and relationship depth without dragging it or make it heavy to the viewer.

Not that it isn’t emotional, it really is. But when you’re watching it and being trapped in the story, well, you can say it’s an in crescendo feeling of warmth and understanding. I particularly don’t enjoy medical dramas. Sadly I’m really susceptible towards blood so it’s hard for me to watch those scenes. Even tho there are many of them they are not as hard as we can usually see. The hospital environment is perfect for the great amount of misunderstanding situations that take place.

Script on this drama shows how important is never to take extreme moral positions. Also that understanding other people should come before criticizing. Just because nobody knows what had someone gone through to be in the place they are today. 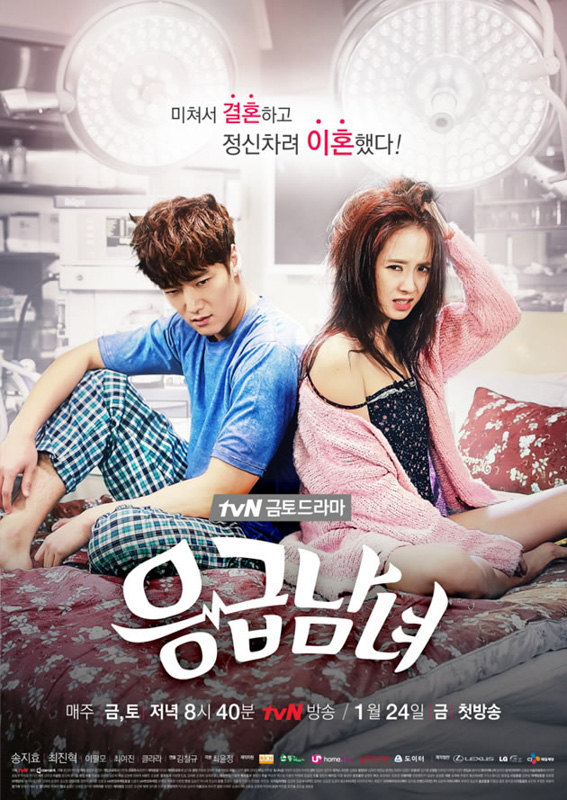 A medical student, Oh Chang Min and nutritionist, Oh Jin Hee rushed their marriage and a year after that got a divorce. Their life together was so difficult and they hated each other so much that they swore never to tell anyone they were even married.

After five years they suddenly meet again as interns in the same hospital, the hating was still there so nothing could come out okay from the situation and they started a new unknown path of misunderstandings and learning to deal with each other’s new single life.

Also starred in New World, The Fugitive of Joseon, Codename: Jackal. She is Oh Jin Hee, a nutritionist that wanted to start over and become a doctor. She got married and divorced really young but now she’s trying to learn how to live by herself. Awesome job from this actress, I think she’s one of the most talented ones in dramaland.

Also starred in Panda & Hedgehog, The Heirs, Gu Family Book. He is Oh Chang Min, a medicine student that fell in love with Jin Hee and decided to abandon medical school to sell pharmacy products. His life wasn’t easy either and after divorcing due to the absolute miscommunication and his family demands he went back to school and finished studying to become an intern in the same hospital as Oh Jin Hee. He’s an expert in playing cute characters but since he was also a great demon in Gu Family Book I think he can portray anything.

Lights and Shadows, You Are My Destiny, Kim Su Ro The Iron King. Is the bad tempered Chief Gook, a tough character that will be softened by Oh Jin Hee. He has had a tough life and that’s the reason he acts the way he does, he was in a relationship with Dr. Shim in the past. I had never seen him acting till this drama, I’ll make sure I go through his past jobs cause I think his performance was great.

I Need Romance, Incarnation of Money, Sorry I Love You. Is Dr. Shim Ji Hye, a great surgeon with a cool and cheerful character that came back to Korea after living in the US for sometime. She’s now a single mom and will try to help Chief Gook to ease the pain in his heart by becoming a really good friends with him. I think I love her even more after this part.

Goddess of Marriage, Take Care of Us Captain, Baby Faced Beauty. Is Han Ah Reum, a Minister’s daughter that also works as an intern in the ER, Oh Chang Min’s mother has her eyes on her since she comes from a rich family. She’s sweet, nice and beautiful, the dream of any man, but we’ll see if Chang Min thinks the same.

Monstar, Her Lovely Heels. Is Im Yong Kyu, another intern, also Chang Min’s friend and hobae since they know each other from medical school. He’s completely in love with Ah Reum and absolutely not sure about how good of a doctor he might become.

Hot Young Bloods, The Heirs, School 2013. Is Oh Jin Ae, Jin Hee’s carefree sister, she left her mother’s house to pursue her music career but instead she comes back with debts a son and an unemployed boyfriend. Even tho her character is somewhat insufferable at first she has her good points about life.

I Can Hear Your Voice, Fists of Legend, Big Match. Is Kim Gwang Soo, Jin Ae’s boyfriend, well he’s more like a husband. He left his job to take care of Gook, their little boy, and letting Jin Ae to continue singing. He’s like the best father ever and even tho he’s rustic in some ways he’s absolutely devoted to his family.

Secret Garden, Rooftop Prince, The Heirs. Is Yoon Sung Sook, the biggest hell of a mother that anyone can be. She’s like a 50 year old spoiled little girl that wants things to go her way and won’t hesitate to slap anyone on the face. She does a great job at being annoying as usual, and even tho she’s not my favorite just because of the parts she plays, she’s an awesome actress.

The endearing thing about this drama is that characters tend to change their first impressions and they’re not what they seem at first at all. Some of them could have been portrayed like evil but then they were really understanding and closer to real life.

All except Chan Min’s mother, she couldn’t be more irritating, I know the part was like that but the actress has a really easy way of getting on my nerves in like a second. I’m starting to think that psychological abuse is underrated in dramas, it’s really hard to watch it even knowing it’s all fake.

If I could resume this drama sense in one word it would be: healing. I recommend it from all points of view, it’s funny, emotional, memorable and has a great OST. No flaws and completely entertaining. Great job writers!