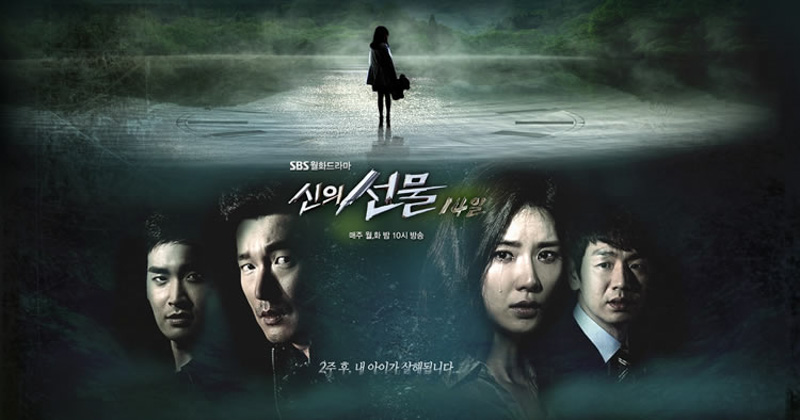 If you have seen Montage, then this starting point wasn’t a surprise for you. The script and the way of filming God’s Gift – 14 Days is almost the same. First instance of the drama had a mixture of a lot of crime movies, Miracle In Cell Nº 7, I Am Murderer, Confession of Murder. It was like you grab all the scripts and throw them in the blender to get the most hard to watch story. Not because it was bad, at all, but because of the sad and desperate feelings we get from it.

The drama evolved around a series of clues that kept walking into dead ends, when we thought we had finally solved the case everything fell apart again like building an endless house of cards. This frustration among with the desperate feelings of the main character, immerses us in constant and hopeless despair.

The events that kept happening were so emotional and intricate that we could almost forget that she went back in time 14 days. Hard thing with the synopsis I’m about to write is that I really wouldn’t like to spoil anything for you, but the story is so intricate that it’s almost impossible to do so, specially since it’s been a while since I watched the first episodes (followed daily) and the inicial setup was shuffled several times. Anyways I’ll try 😉 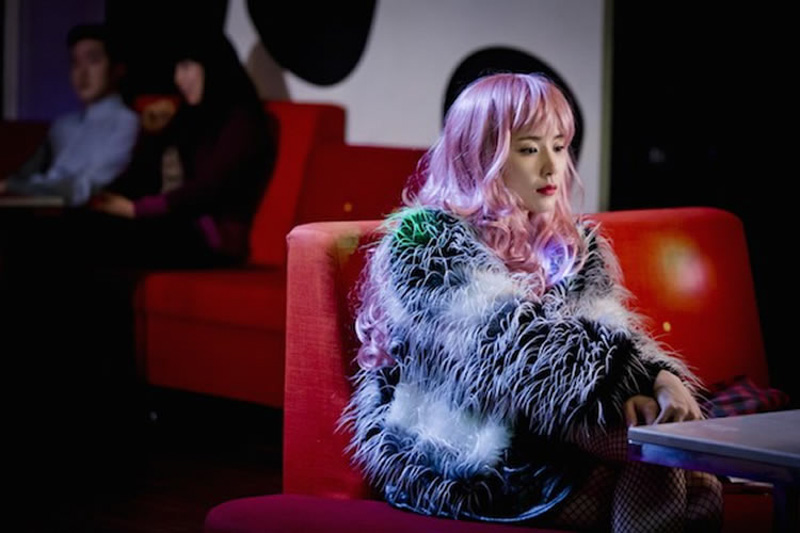 Three women have been horribly murdered, the culprit haven’t been found. Detectives think is the same person. In the meantime a social debate is taking place on national television. The discussion is wether or not to approve death penalty for this type of crimes.

When this program is being broadcasted a call is received in the studio, a man says that he has murdered several women and now he’s bored of it. After that, the voice of a girl calling her mother and the man saying that she’s going to die because of what they are doing.

In the second we find out that the little girl is Kim Soo Hyun and Han Ji Hoon’s daughter, Saet Byul. Soo Hyun is the producer of this program and Ji Hoon is a lawyer that is against death penalty and was invited to this discussion.

After the kidnapping of Saet Byul, a political announcement is made, crimes like these may be sentenced to death penalty. A couple of days later the girl will be found murdered without any suspect. Her parents will split up and her mother will try to commit suicide.

The moment Soo Hyun walks into the river she will wake up 14 days earlier in time. That gives her the chance to save her daughter. Soon she finds out she is not the only one. She will walk into dead ends constantly trying to figure everything out. 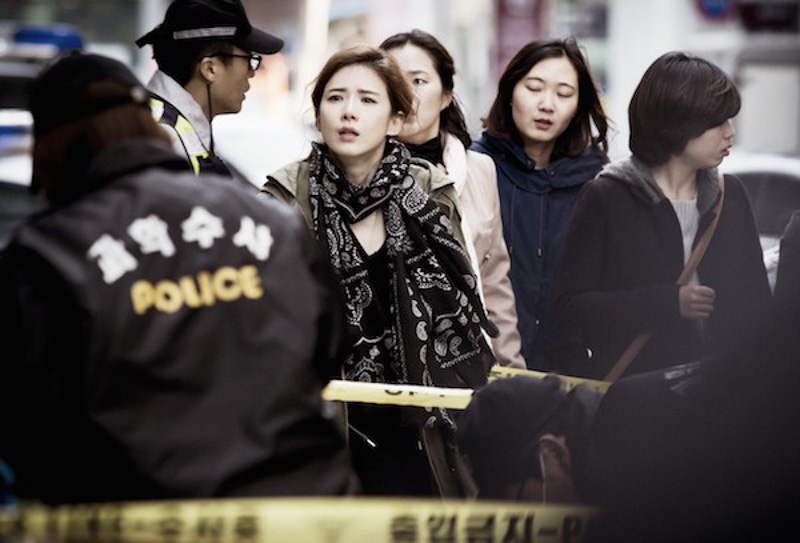 I hear your voice, Harvest Villa, Man from Equator is Kim Soo Hyun.

A desperate mother that will do anything to save her daughter. A great job from this fantastic actress that can portrait any part but! Her character goes a little flat after the first half of the drama.

A former detective that now works as a private investigator. He will be the only one helping Soo Hyun in her frenetic race to avoid her daughter’s death. And also finding out things about his own past in the way. I hadn’t seen Seung Woo in a drama before, but he’s still good as I remember him in the beautiful Marathon. I wish he’d do more dramas.

The Face Reader, The Naked Kitchen, That Winter The Wind Blows is Han Ji Hoon.

Soo Hyun’s wife and Saet Byul’s father. He’s a lawyer that deals with serious murder cases. He now stands by the human rights debate weather to accept death penalty or not. As anyone in this drama, he hides more things that we could know about.

The detective who’s actually in charge of the whole case. He used to be Soo Hyun’s boyfriend but they haven’t seen each other for ten years. He will try to help the case but his hands are tied by the legal procedures. A little part for this actor that is used to lead, but still a good choice for the part.

Psychometry, The Fugitive of Joseon, Oh! My Lady is the little Saet Byul.

She will hold a really tough part. If you ever seen her acting you’ll know she’s is a great actress since she was a baby. Great choice since she’s used to thrillers.

There were many people that were angry with the ending. They felt it rushed and that they needed more time to get a proper enclosure. I have to agree that it was rushed in the last episode but the end for me made perfectly sense. If I have to explain it here I will spoil a big part of the whole plot, but! the clue comes from the clothes the three ladies in the end were wearing. Fate is not something it could easily be changed nor give us a happy ending.

For me this is one of the ones that’s worth every minute of it. Not only because of the story but mostly because of the way it is told and performed. No clichés, exiting, thrilling and hard to watch. Those in which you can’t never know what really happens until the last minute. An amazing drama that everyone should watch and specially if you like action, thriller and crime stories.