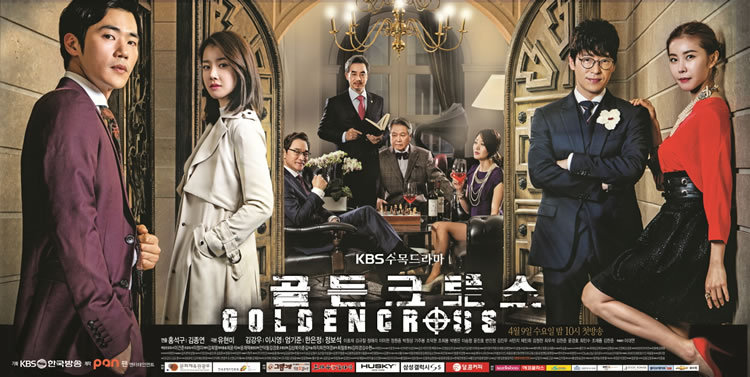 Lots of drama, screams and unfairness in a drama that started awesome and diluted in thriller clichés that grazed the comicality of unbelievable. I think there is a limit to what evil can be before turning it into nonsensical. And I firmly think in Golden Cross, script writers got out of ideas after a really dramatic beginning.

As I usually find one word to describe the dramas and movies I watch in this case it would be: coiled. That is not necessarily a bad thing. Although in this case I think it goes over the top with the back and forth into an unsolvable planned puzzle. Performances were all quite good specially the four leads. For the rest, well just not so great. There might be many reasons why this happens. To analice that I should to recall other dramas like A Hundred Years Inheritance or May Queen (if you have seen them maybe you know who am I talking about).

With that said, I think the script starts out really powerful with situations that could happen in reality (actually I do think they do happen), but in the end, the fight for revenge feels like it isn’t well planned enough. 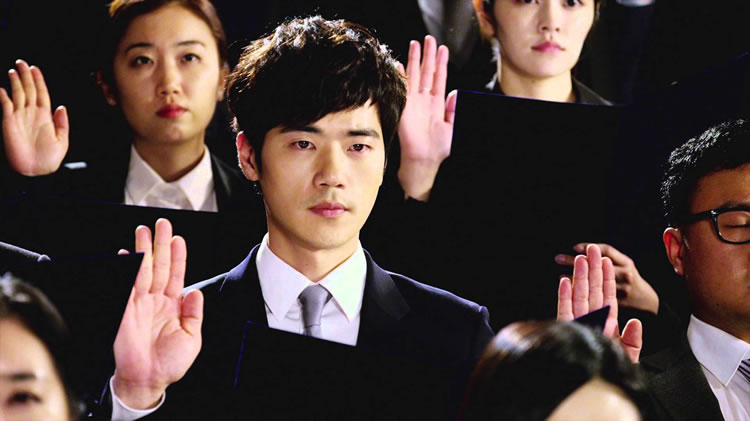 Kang Do Yun has passes his bar exam and he awaits for his prosecutor naming. Do Yun’s family is really proud of him but on the other hand they always fight about money. His father, a man of principles, works at a national bank. This establishment holds the key to either equilibrate or break the entire national economy. The man is being forced to look the other way with a loan interest that he will have to be responsible for. His job is on the line and he doesn’t know what to do, at home, his wife (Do Yun’s mother) complains about being poor and not being able to buy the restaurant she always dreamt of.

On the other hand Do Yun’s sister dreams of being an actress. For that purpose she signs a contract with a mysterious talent agency that is involved with that loan issue her father needs to execute. She is needs to travel to Hong Kong. The ‘audition’ will end up being a trap to get her into the escort business and get herself an sponsor. The man is Seo Dong Ha, a powerful business man that holds enough power to do whatever he wants and awaits for the opportunity to become a senator.

Do Yun’s sister is murdered by this insane man. Instead of admitting his crime he and his assistant will try to find someone else to blame. They have no better idea that forcing the girl’s father to blame himself for the crime. With a dead sister, a father in jail admitting he killed her and a whining mother (yes that’s all that character does); Do Yun will try to get help from his sunbae, Seo Yi Re, without knowing, that she’s actually Dong Ha’s daughter.

That is the starting point of all this disaster to cover up an ambitious and way too sloppy to be that powerful man. He will do anything needed to evade the law and everything that comes with it. Frame, delete, lie and kill will be the first choices without any remorse whatsoever.

Is Kang Do Yun, a regular guy that dreams of being a prosecutor. He doesn’t own a well formed opinion in morals and ethics. For that, his terrible reality will force him to understand. I always like his parts, and in this case he is one of the reasons it was worth the time to watch it.

Prosecutor Seo Yi Re, she will be Do Yun’s boss at his first job as an intern and the one in charge to investigate his sister’s murder. She will also be forced to face the truth that hides behind her family. She is a great actress and one of the other reasons to watch the drama. Although I rather watch her perform in comedies.

Plays Michael Jang, an explosive combination of evil and immature CEO. Works for an american firm and is behind the money transfer operation and all the setups. He is actually powerful but in the end he is just an employee. One of my favorite villains of all times and he deserves a better delineated character. It was a great job but it felt forced.

You can also find Uhm Ki Joon in Scent of a Woman; Ghost and The Virus.

Is Hong Sa Ra, Michael’s assistant. She is the one that needs to save the day. That way, her boss could be able to do his dirty job. She will portrait a hard character but we will end up wondering if it was really necessary or she could have saved someone. Another great performance from this beautiful woman that I hope it opens more drama jobs in the future.

You can also find Han Eun Jung in Ghastly; Cindirella Man and Dream of 400 years.

Plays the despicable, Seo Dong Ha. His character is everything that is wrong with a man. Goes through life being clumsy. He’s also so fake with a smile that you wish you could erase with some words of truth. I still can’t imaging how does a man like him climb up so high in society. This was one of the characters that I couldn’t buy for a second. Maybe because of his part in A Hundred Year’s Inheritance, a really strong one. Or maybe, because the reality of his character went over the top. I didn’t enjoy the sight of him even once nor believe his evilness.

You can also find Jung Bo Suk in A hundred Year’s Inheritance; Jung Yi Godess of Fire and God of War.

There are some parts of the drama that I would save. Starting point is really powerful and it would have been nice to see it go through a more complicated plot. But instead we get the obvious cliché way outs. Some of the OST choices were fantastic. The production was really good over all. Although when we recall the script, there are way better dramas than this one. Shark, for example, just to name one. If you’re looking for a revenge drama, well you might enjoy it. I wouldn’t recommend it blindly.