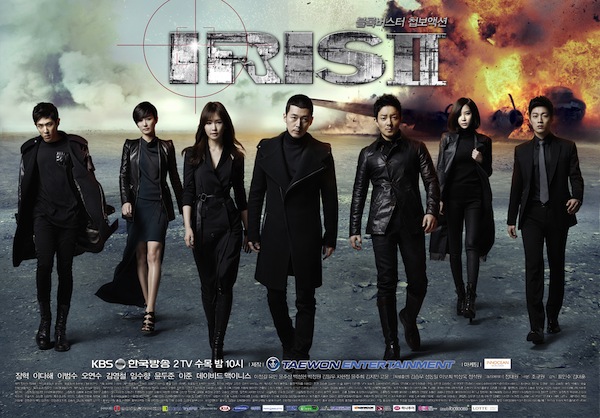 Having watched the first edition of this action drama, which I don’t particularly enjoy, I was hoping for the best, maybe because of its mixture between action and romance, or maybe cause the first one was really well done. And I must say, this edition goes beyond limits in terms of intrigue, action and romance.

It took me a while to finish it because it has so many elements, details, crossed stories and formal dialogues, that I needed to take my time to sit down and watch it. The fact that it has a huge amazing cast, might light up the things a little bit, but in the end is all about the script and the powerful direction, which let me state: it was amazing.

As the two previous editions of this story, the main plot circles around the secret organization IRIS, and the way North Korea and South Korea, try to destroy it. This time most faces are already known although some big secrets still arise.

When the rebel forces start moving, South and North begin to gather secret agents to fight against them. The problem comes when they find out that there is a tremendous danger that lies bellow Seoul.

Spies, blood relations, love, hate and ideals, everything mixes up in this espionage story with tons of action and intrigue. 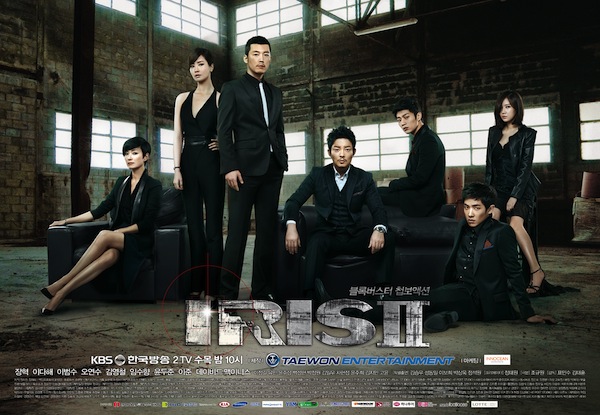 Jang Hyuk (Fated to Love You, Shine or Go Crazy, The Client) is Jung Yoo Gun, an outstanding NSS agent that will be in charge of the most difficult operations. Having to take decisions that go beyond his power and that will probably put him in danger most of the time. Another prof of his majestic talent.

Lee Da Hee (Miss Ripley, Hotel King, My Girl) is Ji Soo Yeon, Yoo Gun’s hobae, and a cheerful great agent. Living by her oppa’s shadow she wants to be a good agent despite this fact, and will try to prove herself every time she can, although fate will put her in a difficult spot, having to deal with pain and sorrow in unimaginable ways. One of her best performances, in my opinion, although her tone of voice doesn’t scream “Secret Agent”, she goes beyond that.

Lee Bum Soo (History of the Salaryman, Prime Minister and I, Over my dead body) is Yoo Joong Won, a North Korean agent (or spy). He has escaped and been hidden till he’s called to participate in this matters. Although he doesn’t like the idea, he’ll change his mind when he realices this mission might open him some doors. I tend to enjoy his comedy parts more, but it was a great performance.

Music has a big part in the storytelling. Unlike other productions, in this case is the background music that gives this intriguing feeling throughout the drama and supports the plot perfectly.

I have no idea why, but I find this edition to be harder to deal with. Drama is all over the place and doesn’t rest a single minute. A good reason to find it tiring and also, amazingly trapping.

Similarities with the first edition weren’t necessary at all. There are dozens of ways of portraying the same situation without recalling the exact same scene. That said, some of the action scenes (if not all of them) are really awesomely done and filmed. Jumping completely out of the ordinary. This edition is my favorite of them all. Not only because of the cast and the story. Also because of the way of introducing the events and the particular tension that the viewers get to experience.

If you haven’t seen either the first edition, nor the movie, or ATHENA: Goddess of War, don’t worry. You can watch this one freely without having to go back in time. Although I would encourage watching IRIS, because is a good drama. For the rest, the plot will explain itself while events happen, so it’s really not necessary. One of the best action dramas ever made.