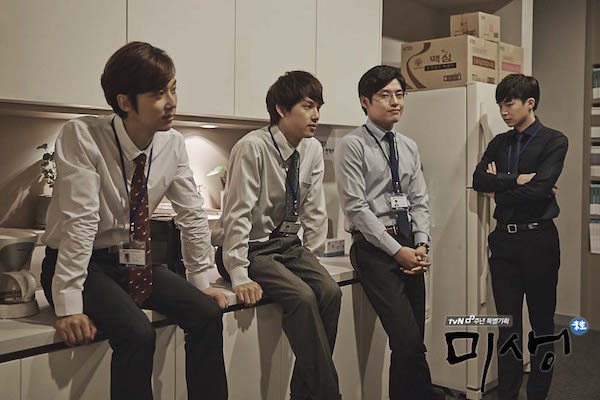 There is no way you could watch Misaeng without being completely ready. From the very start of this slow pacing drama, you will feel frustrated. But, don’t worry! It doesn’t mean this is bad. It’s the best way director and screen writers find to show the reality of ordinary people.

Misaeng is a totally unfair, nerve-wracking drama. The pressure of work, shown in a non poetical way. It might be funny because of the way it is portrait, but when you think about it, it’s totally awkward and sad. 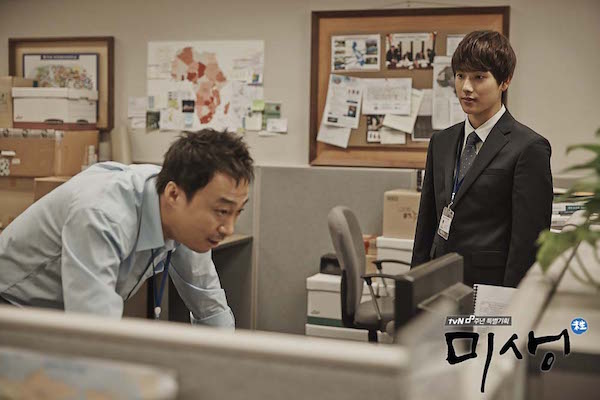 The slow rhythm and you will find almost no music. Gives an entire office environment feeling which it happens to add some extra flavor.

The goal is to make us feel uncomfortable and it’s just fantastic the way that it never gets boring. Just like we are someone else working at the office.

There is a smart way of filming for that purpose. The steady cam works marvels with this situations.

The translation of it is ‘Incomplete Life’, this refers to the life of recently graduated people that start their steps into a new job or career. Or at least that’s what we think about it at first.

The fact that we will get to know how many incomplete lives are. And how desperate someone can be in order not to lose their job. Makes it a wonderful story to relate to, from all ages.

The life in an ordinary office full of people with ordinary lives.

On the reality part of the story, you will find that even the ones that seem they got it under control, end up doubting themselves in a blink of an eye. It feels like the system is made to push people to unbearable edges.

There’s always someone above, someone to answer, someone you hate, and very few you can relate to. It’s just life and work. On the other hand, it has a lovely way to show that a little forgotten encourage could do marvels in someone’s self esteem, and rocket trustworthy behaviors.

Asian work market is well known worldwide for being really hard to deal with. Pressure is at the top, and also requires a great effort from workers. Either at factories or offices, the reality is almost overwhelming every day.

I don’t imaging myself waiting to watch for the episodes. It has a slowness that would prevent that from other different dramas. Instead, watching it all together at Netflix, was cool.

You can check out Misaeng Trailer here.