All About My Romance 2013 Korean Drama Review 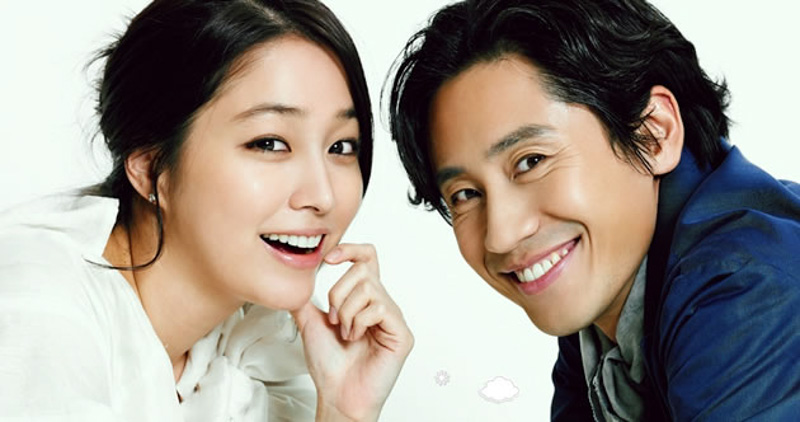 It took me a long time to be able to watch All About My Romance. Unfortunately because I don’t have much free time and there are too many interesting things airing. As a big fan of Shin Ha Kyun’s movies, this was the first time seeing him on a TV series. Hoping for the best although politics aren’t even close to my field of interests I finally did it.

The fun starts after the first episode. And by that I mean, I had to replay some parts of the scenes because I’d miss the dialogues while laughing. The situations were funny, the faces hilarious and conversations were soooo fast!!

It hooked me up in the second episode and that was it, I couldn’t leave it alone. Maybe cause I tend to like utopian characters and also the ones that make me laugh out loud. Lucky me and everyone that is able to watch this drama, it has tons of that. 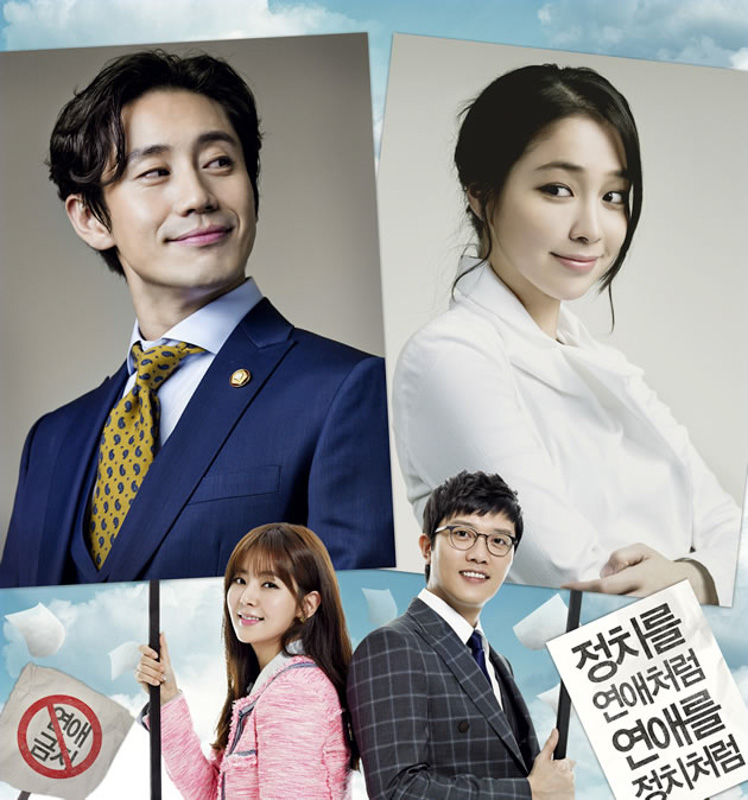 Synopsis of All About My Romance

Kim Soo Young a national assembly member that used to be judge. He is absolutely egocentric and a complete Drama King when it comes to expressing his thoughts or playing the victim. He’s not always wrong on his lectures but the way he expresses things is just plainly wrong. So he will start learning how to be a good politician on the way since he obviously wasn’t born for the job.

To achieve that, he will find a small party representative, a young woman, Noh Min Young. Who is also a National Assembly Member, although her party has only two seats. From this small place she will try to do her best to achieve whatever she thinks is right. High principles and bad luck could be a really bad combination for a politician. Specially if you hit another party member with a fire extinguisher by mistake. 😛

The big issue will come when Soo Young falls hopelessly in love with Min Young. They’re in opposite parties and this affair could end their political careers in seconds.

Starring in All About My Romance

Is Kim Soo Young this strange man that some would call extravagant but everyone think he’s a nutcase. He’s an awesome lead, and should make more dramas.

Lee Min Jung (Big, Cyrano Agency, Cunning and Single Lady) is Noh Min Young a woman that thinks politics are for doing the right thing for those that can’t speak. Great job from this lovely lady that has passed all over her Big performance, which I obviously didn’t enjoy. She felt naturally funny and her character was adorable yet strong and a little crazy too.

The Scent, Suspect, The Client

Is Song Joon Ha, Min Young’s brother-in-law’s younger brother, since the couple died in a car accident they both lost someone important in the same accident so they stayed as family even tho he has feelings for Min Young, he hasn’t been able to confess. He’s a nice man but can also be overprotective, specially since his brother and his wife left a little girl. I’ve always seen him in action movies so the romantic comedy was a first and I think his job was excellent.

Is Ahn Hee Sun a reporter that used to study with Joon Ha and was completely in love with him when they were students, and now is completely in love with Soo Young. Clingy is the word to describe her, she can’t control herself in love or jealousy, just like a little kid. I wonder if she’s like that in real life, since there wasn’t a single time that I haven’t seen her in that role. I didn’t like her character as usual.

Is Secretary Joo Ho, one of Soo Young’s assistants and his personal counselor, he does his best to see his “Master” happy and he’s the most adorable human being on earth. Loved his part.

Is Rep. Ko Dong Sook the other member of Min Young’s party and a wonderful lady, she’s fun, divorced and she just doesn’t care. She’s also one of Min Young’s friends and will be her counselor although she’s also a woman of principles and will stand for what she thinks is right. Great job for her as usual, I love her, can’t be objective.

Is Kim Sang Soo, Soo Young’s other assistant, he’s silly, he gets bullied and dragged by Kwang Joo Ho in order to get Min Young and Soo Young together.

Angel Eyes, Basketball, My Husband got a family

Is Rep. Moon, the silliest politician ever, secretly in love with Rep. Ko since he was a student. Since they are in opposite parties they tend to fight a lot, and even tho he loves her he tries to make her mad as if they were ten years old.

Conclusions of All About My Romance

This is not only a funny drama, it’s absolutely fantastic. Don’t run away because of the politics because even if there are, it’s more like a City Hall kind of development. Characters are really upfront with their feelings but they’re also really adorable. I have to take my hat off for Shin Ha Kyun’s performance (as usual).

The really sad thing about this drama (and it doesn’t have anything to do with the drama itself) is that it took me by surprise when I realized that every wrongdoing from politicians was expected. This is probably an issue all over the world. Disbelief in the government is not something new and I guess there are very few countries that are left out. But what are dramas for if it isn’t to evade us from that kind of matters? Hehe!