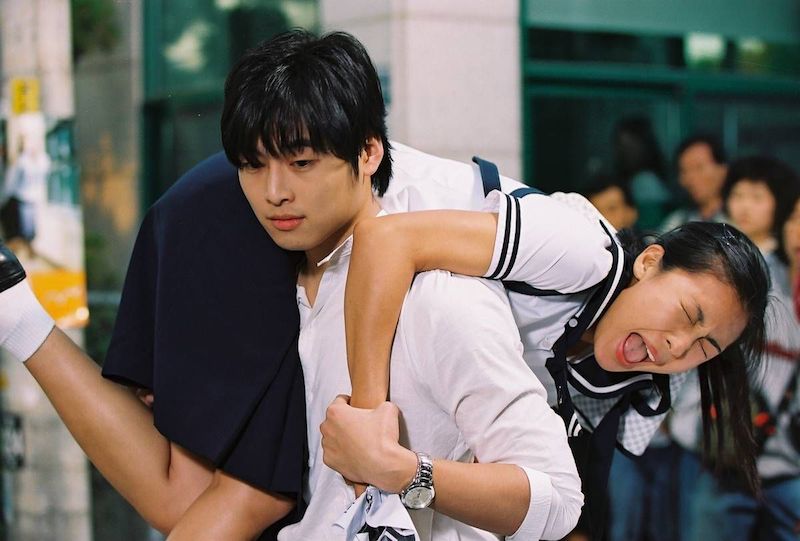 One of the first if not, the first movie from Ha Ji Won. I can’t remember the first time I saw it, but it was a long time ago. 100 days with Mister Arrogant starts with the most disgusting type of humor there is. Even tho it is an old movie, the whole starting point tends to be purely annoying.

Ha Ji Won is one of my favorite actresses now, but I really don’t think this movie does her any good. On the other hand, and judging by the time this was aired, the movie has some special scenes completely out of the ordinary and modern.

Other scenes, instead, are absolutely silly, not funny silly, but silly silly. As I said I watched it several years ago, but before writing about it I had to review it. The fact is that I didn’t remember if it was as bad as I recalled. It was. 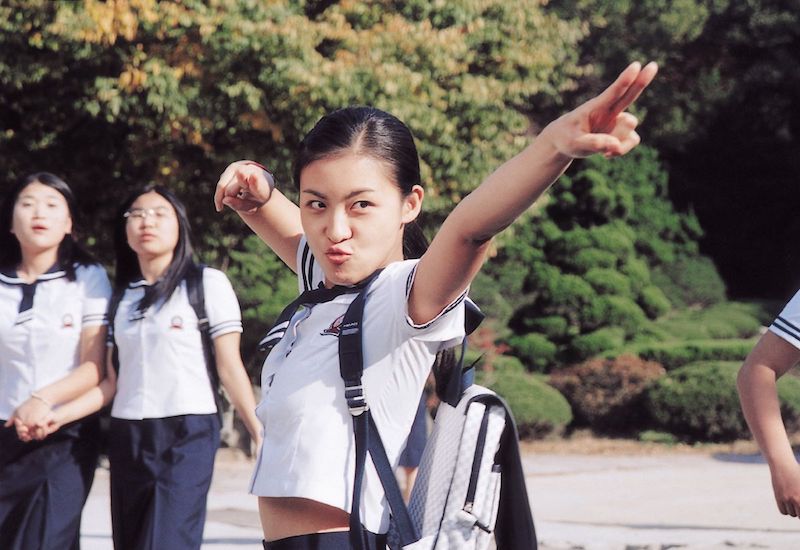 Synopsis of 100 days with Mister Arrogant

A high school girl lives her life carelessly. Goes around her life without caring about anything in particular. This brings her troubles with her mother, and also, with her school teachers. One day she crosses paths with a college boy, Hyung Joon. She kicks a can that scratches his car. To pay the repair, he demands her for U$3000 and since she doesn’t even have a job, she runs. Leaving her wallet (with her number) behind.

He will start stalking her to pay her debt, but since she has no money at all he will make her work for him. Like an slave, she will have to do the laundry, clean the appartment (he lives in front of her) among many other activities.

Later on, she will learn that the cost to fix the car is only U$10 and will try to find revenge. By that time, he will become her tutor, and the whole story between them will just intensify.

Starring in 100 days with Mister Arrogant

There are others participating in the film but their characters aren’t relevant.

The absolute ambience noise makes us feel like it is an amateur film done by high schoolers. The progress of the story doesn’t make much sense either. There is no depth or correlation in time and situations. It’s like everything is rushing towards something that it might never appear.

The only way I would recommend this movie is if you are a big fan of any of the actors, otherwise, run!