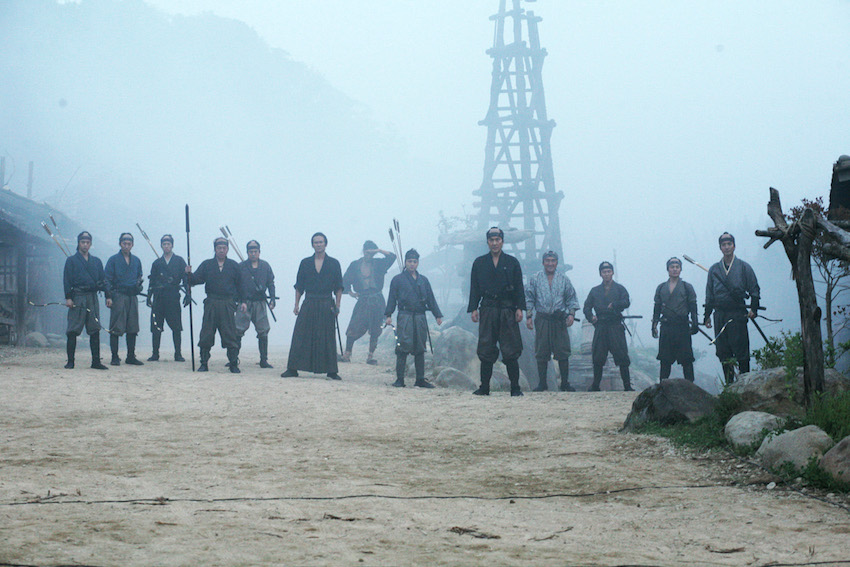 Finding movies that are so good that we feel like nothing we can say will make them justice. That is the case in 13 Assassins. In my opinion, one of the magnificent jewels of Japanese cinema. A movie about power, politics and a sick man that floods with blood an entire nation.

Lord Naritsugu is out of control. Taking advantage of his half-brother’s, the Shogun, protection, he tortures citizens in inimaginable ways. The Shogun’s Justice, Sir Doi Toshitsure, hires Shimada Shinzaemon to stop Naritsugu and prevent him of achieving a higher political level.

This won’t be easy, since Naritsugu’s men had learnt of the plot, and will go after the traitors. To succeed, Shinzaemon hires eleven samurai to ambush Naritsugu and kill him. In the way they will meet with Kiga Koyata, a hunter that ends up becoming their guide and the thirteenth samurai. 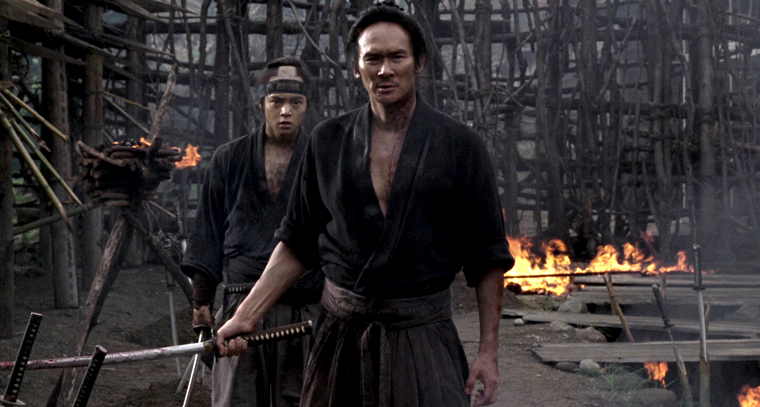 Aesthetics of this movie are disturbingly perfect. Also the choice of frames, the lighting, performances. I won’t speak particularly about the fantastic actors that participate in this masterpiece. It is pretty obvious that there is no way they can be of any objection.

There is nothing out of place. Even tho some parts of it are really hard to watch (almost all of them), the whole story is really well portrayed. So well that makes us feel the pain and disgust of every moment.

The path of knowledge and lessons that go through the script, are one of the greatest values of the story. Wisdom and values are overall what make this movie a real jewel, more than the spectacular bloody scenes.

In order not to waste anything, you need to know that it might feel slow at times. But in my opinion it just ads more solemnity and expectation.

Music plays a big part in expectation and ambience. A solemn movie will become a great action film, with everything that has to have. Fights strategies are particularly well planned executed. Which also sums a little extra to the recipe. A fantastic recipe that Takashi Miike makes us taste from beginning to end.

Accessing the limits of duty, accepting limitations and understanding when to stop. Learning the new ways of subsistence of Samurais without Masters. Valuable principles and their contrast with despicable human beings. 13 assassins has it all and much, much more if you dare to see it.

I still haven’t had the time to watch the first one from 1963. Maybe that is why I love this one so much. I’ll try to add it to my really long list.