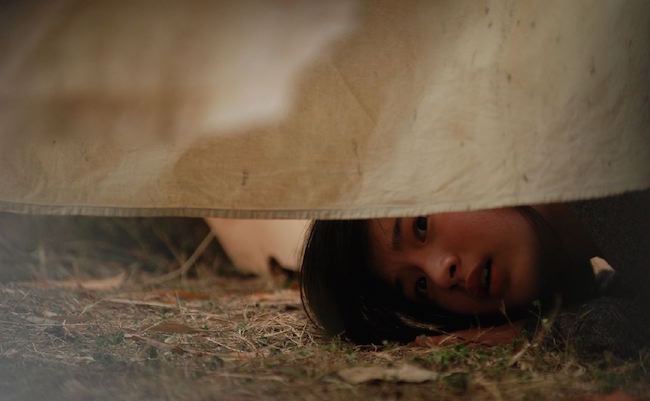 After watching so many horror and terror productions I have started to find the fun on it, I don’t particularly enjoy them, specially the ones that use the jump scare (as I call it) during the time that the movie lasts or those that are all about blood splatters. 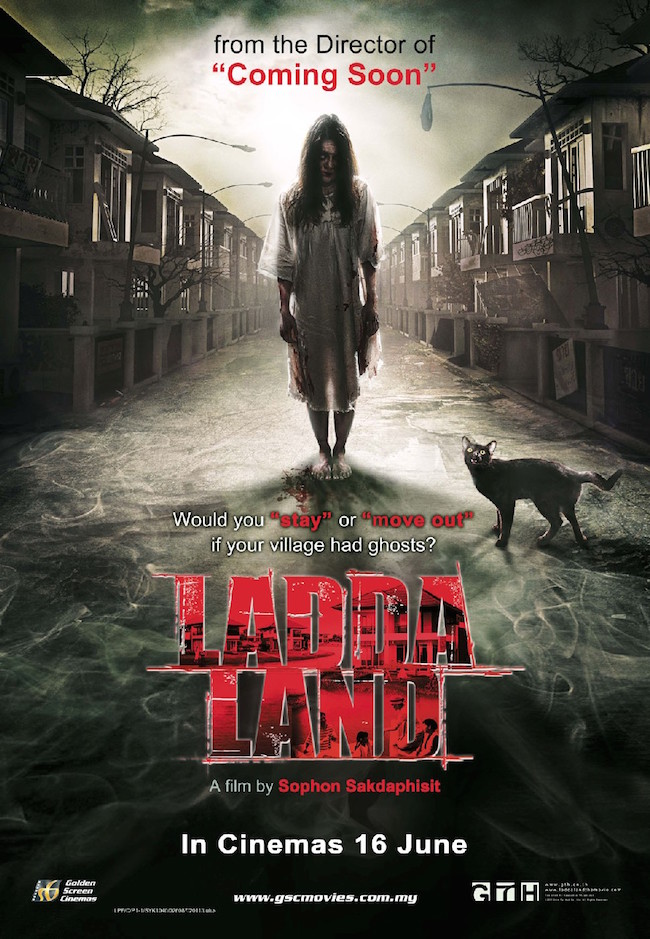 Thee is a man that has always been through financial problems and suddenly an interesting job opportunity opens up for him and the chance to finally be able to buy a house for his family. That’s how he ends up taking his wife, Parn and his two kids, Nan, his oldest daughter, and Nat the youngest son to live in this new neighborhood called Ladda Land.

He dreams that everyone there may be finally happy and together in the same house, since Nan has been living with her grandmother for a long time, and she’s the most reluctant to move.

Things seem to be working for everyone, although the neighborhood that seemed so bright the first day, begins to turn into a really dark place. When they arrive, Thee hires a maid that is brutally killed before she could even start working at their home. From that moment on everything turns into a mind game between the family members and the terrible events that start occurring.

In this movie we can find two paths, the crimes and the horrifying experiences, and on the other hand, the particularly empathizing family situation with all these tough relationships going on, and the conflicts that continue to grow deeper as the script goes on. The father wish is to make everyone happy in this dream house, he feels reassured as he could provide a roof for his family, but the truth is that reality was harder than it seems at first.

There are two scenes that could tell us the way Thee really is before everything goes down hill, the first is when he’s building a mural in one of the walls of his daughter’s room, in the very first minutes of the movie and the other, I won’t tell, you can discover it by your own.

The search of that what’s missing from the most simple way and the necessity of struggling against all the external attacks and of course, the own nature and reality.

I can’t keep on talking about it, because it’s really encrypted and hard to review without spoiling the story behind it. If you like terror movies, it is very good. There are well-known names related to the script, production and direction. Besides it is pre stated that the movie is based in a real story. And if you’re looking for something else beyond the horror, then you will find it for sure. Highly recommended! Really, watch it!