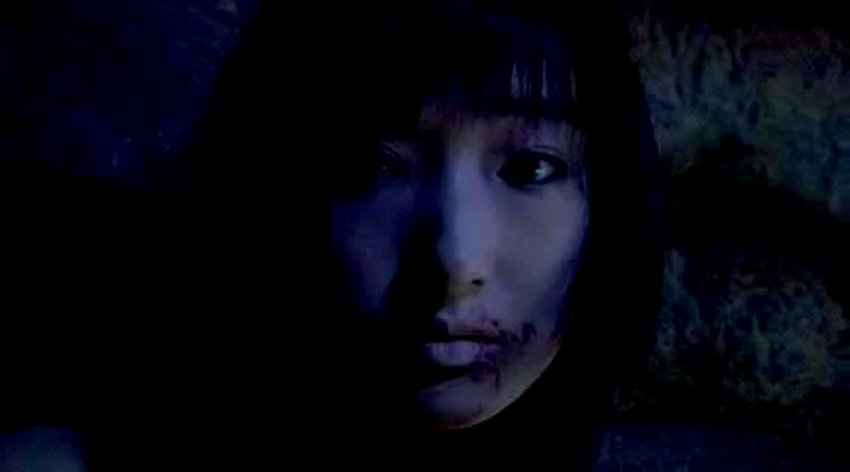 As you may know, we’re Asian horror fans. Sadly, the American version of it, has nothing to do to surpass the quality of stories and so many good, electrifying plots. This weekend I watched Marebito. A movie that so many of you proclaimed as one of the best. Instead of that, it became somewhat a question mark.

The movie was filmed in a very short time. 192 hours were enough to build it, that shows the great skill of its creators.

A freelance cameraman is in need to find fear. At work, he finds himself filming a man that decides to commit suicide. He’s able to catch the horror in the man’s eyes and that will trigger his need to find that expression somewhere else.

Searching for that place where this event happened, he finds secret subterranean passages that were built many years ago.

The commonplaces of unknown situations, invite us to the intrigue. Personally, I think that the movie is directed fantastically. So much, that it’s driven to a point where we don’t understand anything. There will be a time when it seems that everything is going to be explained, but it won’t. We won’t even know if what we saw, it even happened.

After that, the whole story will be reborn throwing us again to the uncertainty. Marebito is confusing and intriguing. Shinya Tsukamoto performance as Masuoka, the cameraman that spends his life watching his films trying to find fear. Also Tomomi Miyashita as F, an underworld creature that Masuoka takes to his place. They are both excellent and bear the weight of a nonsense story.

The good thing about this kind of movies is that we can always play to interpret them in some way. If you’re fans of the genre, and if you’re not, you’ll be trapped and find yourselves trying to understand it. Don’t miss it!