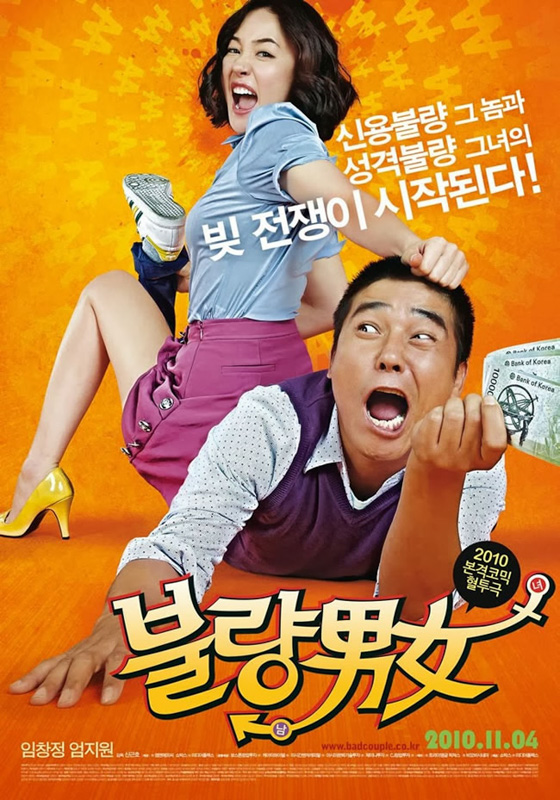 I’ve started to follow Im Chang Jung’s acting career so you might be seeing several movies of him over here. It’s just that his face pops a smile on my face when I’m not laughing out loud just because of the way he stands. So I came by this romantic comedy called Romantic Debtors.

I might say that I will be waiting to see more because this movie was fun but not hilarious as I thought it would be. It is a good movie to spend time, with some really funny moments. But then you can’t wait for it to finish so the lady would finally shut up! Gosh she was annoying!

I know it was a part of the script but still, Lady, you don’t have so scream on my ear I’m not the one that owes you money! xD

If you know nothing about the movie I can tell you that it starts following the life of the detective Bang Keuk Hyun who has a debt to pay. The debtor agency lady calls him every 30 minutes and this situation is starting to get on his nerves and into his work as well. You know…it’s not good if you’re trying to catch the bad guys and your telephone keeps ringing beforehand. Okay, yes I still don’t understand why doesn’t he turn the vibrate mode…maybe it’s just broken or maybe he just wanted someone to call him…

Anyways, a time comes when the lady from the debtor agency, whose name is Kim Mu Ryeong meets the detective for some other reason not knowing who each other was, until they do and troubles start.

The movie is really sweet and funny, not hilarious, but funny if you decide to watch it you’re gonna have a good time except for the part that Mu Ryeong keeps speaking in light speed with her teeny weeny voice.

Here’s the trailer if you wanna check it out!