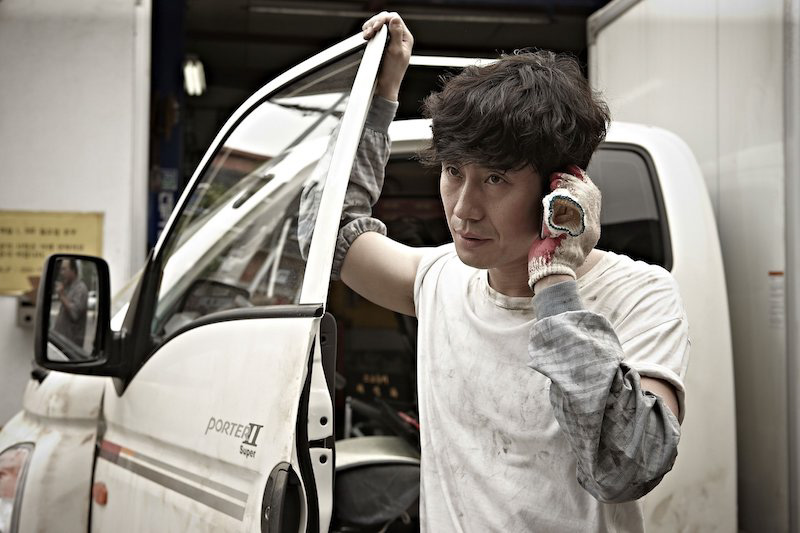 This movie has something that should be appealing to all Asian films fans, Shin Ha Kyun. He’s an expert in portraying all types of characters. Apparently effortless and succeeding in the matter. From Sympathy for Mr. Vengeance to Save the Green Planet! He is one of the most diverse actors that we can find. And Running Man is also a good proof of that.

What caught my attention the most is that this time he wasn’t a complete nut job. Even though he wasn’t what psychologists would call sane. He’s an ex convict who is trying to get his life back on rails. With a teenage son to raise and this life of his that apparently will never calm down, the task will be really hard. 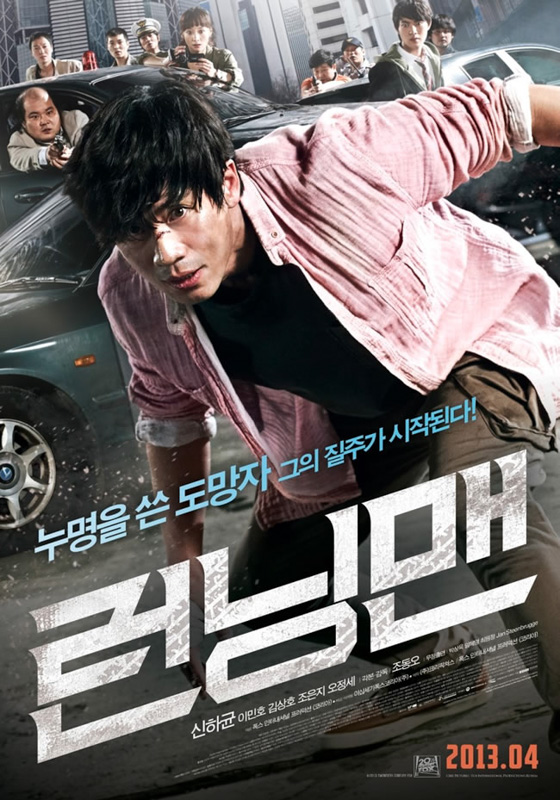 An ex convict was in jail for stealing and escaping several times. He’s famous for his incredible ability of eluding the police forces. This time, he’s trying to earn his living through legal activities. So he works as a mechanic during day and a designated driver at night.

One day an homicide takes place inside his car. He’s caught as the prime suspect but as he’s obviously not guilty he starts running again. Behind this murder case there’s a lot to discover. That way he gets involved hopelessly between the police, the real assassins and the contra espionage. Avoiding these three forces will be really hard for him and in between he still has to heal his weak relationship with his son.

The movie has non stop action from the beginning to the end. With hilarious bits, the way of filming is also really good. You will find original scenes full of vertigo and amazingness.

Script is a little weak at some points, but all together makes a good mixture of entertainment and intrigue. The strong point is, as I said, the action and the way it was filmed with a big addition from the performances that are great.