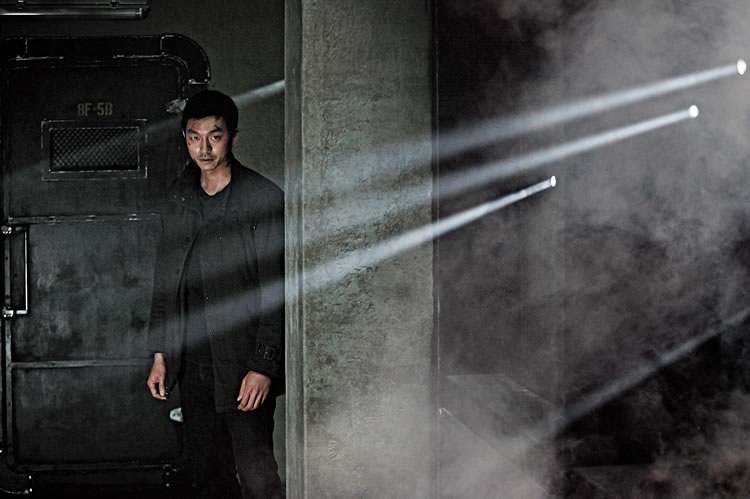 Being a fan of Goon Yoo’s dramas that are usually full of comedy and fun. It was scary to watch him perform an action film with spies, pursuits, guns and intrigue such as The Suspect. Just because he usually makes us laugh. On the other hand it was so long since his last drama came out that watching this movie brought him back to stage for me. Haven’t seen the drama movie he was on, I will, I promise.

Now to the plot, I’ve been watching a lot of spy movies this past weeks from Myung Min’s Spy to Kang Ho & Dong Won’s Secret Reunion, adding Commitment to it and a little far away in the past Secretly Greatly. Yes, a little too much espionage for me but on the other hand even tho plots are so similar, they all have something that makes each of them special.

In The Suspect’s case we get extremely good action scenes with a notoriously meticulous planning behind, this will get us an extra realistic development among the also fantastic performances. We’re used to action, Hollywood has set up the bar real high, but that’s what I love about asian movies the most, they take it even higher and this movie is a practical example of it just because physics do their job. 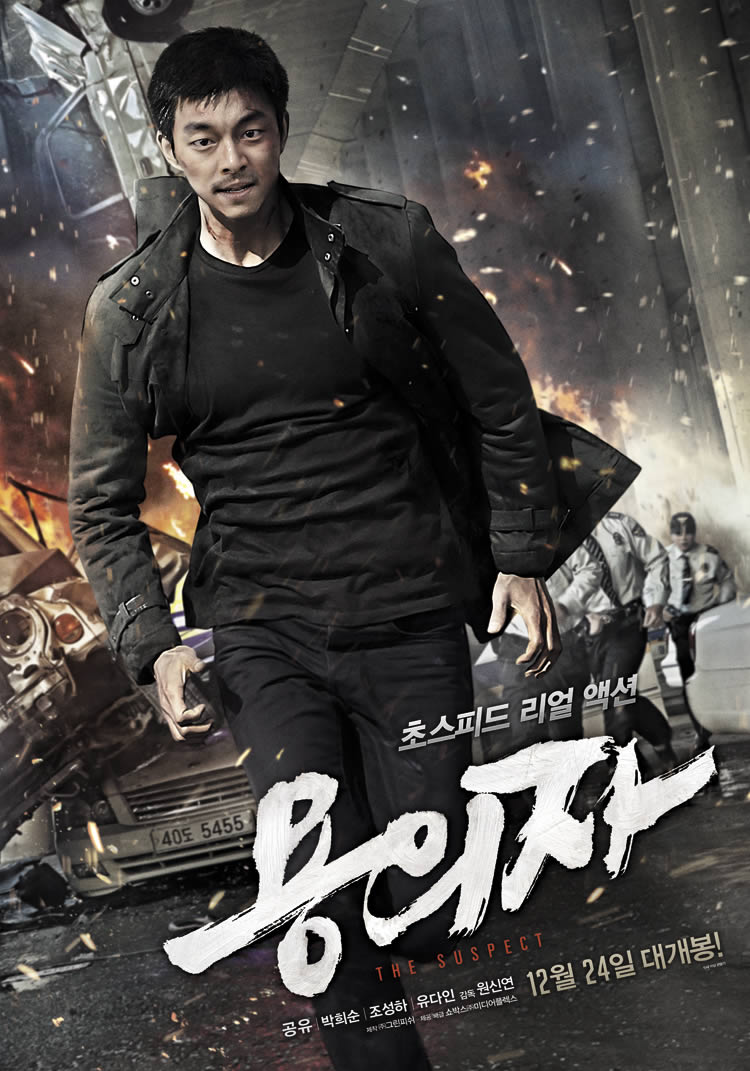 Synopsis of The Suspect

An abandoned North Korean spy is living hiding in the South patiently waiting to get a revenge that apparently won’t come soon. In the meantime he gets involved in the murder of a conglomerate’s CEO and framed for it. Being chased by the police and the actual perpetrators he tries to scape and expose the truth while meeting some old friends.

Starring in The Suspect

Is Ji Dong Cheol, a North Korean spy that was trained to be a killing machine. He has been abandoned by his country and now lives hiding waiting to get revenge of the man that killed his family. A great way to prove he’s not just a comedy actor (although I like his romcom dramas the most), a really good performance.

Is Min Se Hoon a police special unit captain that had met Dong Cheol in the past, after that incident he was demoted to be a special unit trainer. He, although, will be in charge of this investigation. Another great performance from this versatile actor.

Is Choi Gyung Hee an independent journalist that is interested in making a documentary about Dong Cheol’s life. With that goal she will be a nuisance to him until he understands he might need her.

Is Kim Seok Ho a politician that will play the key part in the whole intrigue. He has no morals nor ethics and his motive is power and money.

Is Lee Gwang Jo another North Korean spy that will live hiding until his past jumps on him. I really like his parts in comedy but I think drama fits him the best.

There are some cliché points in the movie (specially nostalgic parts), things we’ve seen before and we will probably continue seeing in the future, but that doesn’t take the entertainment out of it. It’s a great action movie with everything that has to have and a little bit more.