Yay! A horror one! Let me tell you, the only horror you will find in Teketeke are performances and the first ten minutes. After that all we see is a great way to ruin a powerful Japanese urban legend.

I haven’t had the luck of watching the second part but after this one I’m really doubting I ever will. The starting point is thrilling, a dark tunnel, a train, the crosswalk, a woman walking alone. After that a strange sound that follows her and of course all that running to nowhere. Before we know it she’s cut in half. 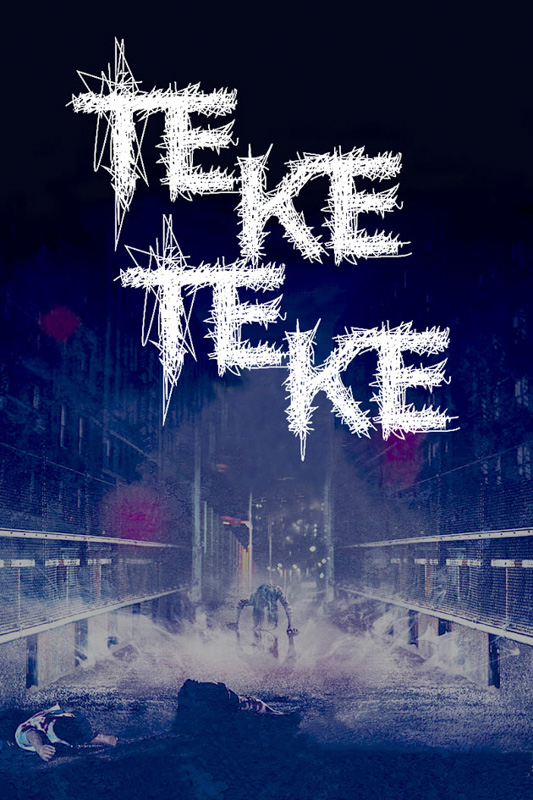 In the meantime we can hear two boys arguing about the 12 o’clock mirror legend. Was it a shinigami that you saw? Was it yourself dead? We will never know because that story has nothing to do with the movie…

A ghost that had lost its bottom half body looks for victims and cuts them in half searching for its legs. This thing is really effective in the job, until it meets the main lead, then it doesn’t only fail but becomes a Benny Hill’s fast motion cockroach in black and white. (Yah, okay I laughed over there).

Performances aren’t good at all, I have no idea what happened here, the only one that I particularly liked was the man reading the newspaper when Kana and her cousin go around asking about the legend.

I understand is a low budget movie, but I think the biggest flaw of it is the lack of a powerful narrative line that will make us want to discover the truth behind it. It’s like well here’s the story: boing! here’s the chase: boing! repeat the ghost appearance scene because I think we got that one good.

I’ve read that some people praise it for giving something original about gore genre, but this is not gore so it’s not giving anything to it. Plus, if it’s based on an urban legend, well half of the job is done. I don’t care if effects are not well made, I even liked “Ghost, Ghost, Ghosts!” talking about low budget, what I think this movie lacks the most is a story that would support this strong imagery of a crawling half body ghost.