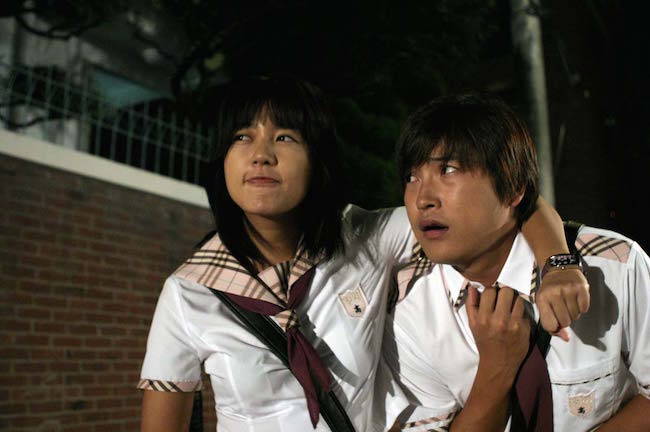 A movie that if it wasn’t Korean I’d never have seen. Luckily is not the case and I have to confess that it became a pleasant surprise. The Legend of Seven Cutter is light, fun, with really funny performances. I had no idea that I would find one of my favorite actresses (Yoon Eun Hye) over there among the almost unknown cast.

The Legend of the Seven Cutter or like many of you may know it or find it ‘Escaping from Charisma” is a high school story. Although it gets away from the ordinary school life story and goes way beyond.

Synopsis of The Legend of Seven Cutter

There’s a legend going through high schools in town. A legend that a young student beat up a full bunch of thirty gangsters all by himself during a fight. There’s also a rumor that this student is being transferred, is actually Seven Cutter, the main character of this legend.

All his school mates will fear him no matter what. And although he’s not looking for any trouble, trouble seems to follow him around wherever he goes. Specially when he joins this group of really strange individuals. They are really out of the ordinary and whom personalities will take the script to hilarious places. 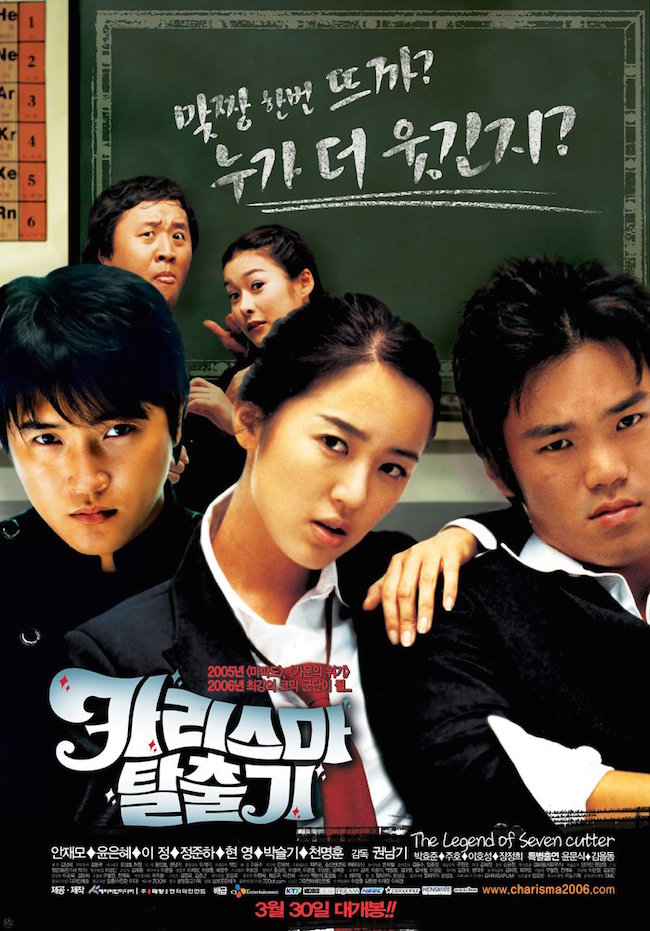 Starring in The Legend of Seven Cutter

Yoon Eun Hye (I Miss You, Coffee Prince, Mirae’s Choice) is the female lead of this strange story. Han Min Joo, a boxing champion girl who looks really tough although she’s hiding a sensitive side that won’t take long to appear. We love Eun Hye.

Ahn Jae Mo (Fantasy Tower, God of War, Maybe Love) is our main lead, Jung Han Soo, or Seven Cutter as his friends will call him. He’s an ordinary boy who gets his fame from an strange legend that seems to follow him around. He doesn’t enjoy his popularity, specially cause it is said that Seven Cutter victims carry a 7cm. wound every time they get beaten.

You shouldn’t expect a deep script or nothing like that. But it’s a perfect movie to spend a while laughing and having a good time. It’s a nine year old movie, so it might seem a little odd at first. Even tho some stuff are really outdated, you will have a good time watching it. Recommending it!!