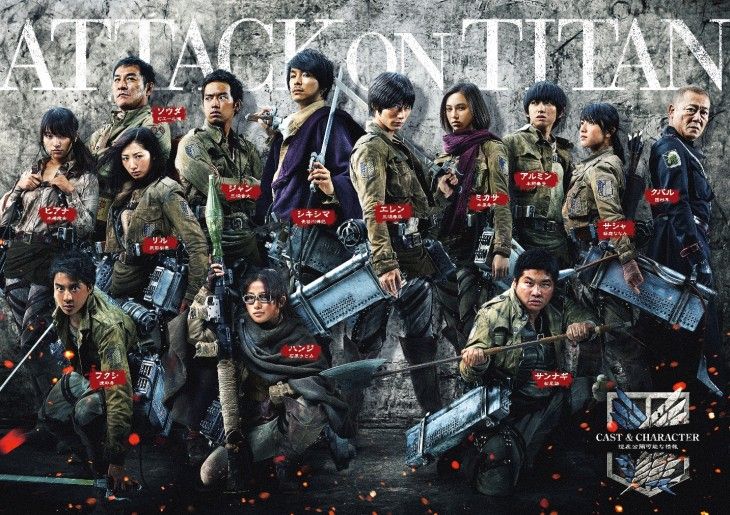 Fans all over the world are twitching and turning because they can’t wait to watch this live action. The reason is one of the most amazing animes ever written and drawn and the popularity that came with it when it was aired last year. The name? Many of you know it already, Attack on Titan traile is out, because it is reaching the big screen.

The waiting will be almost unbearable for us all, and if by any chance you happen to not have seen the anime, I highly encourage you to do it so. You won’t regret it, of course if you like fictional ones with amazing quality stories, and…well…titans. ^_^

Human kind is endangered when suddenly titans appear on earth. The story travels 100 years back in time, when they were first seen.

Due to this invasion, the human raze is in danger, and they build a wall that prevents titans to attack them, and they will live peacefully for 100 years.

One day, the giant wall will collapse and that’s when a group of humans will try to defend people with all their will.

This time I added the character posters to the trailer post just because I think they look amazing and it isn’t usual to get so many of them at the same time.

We still have a long wait to deal with, in the meantime we can enjoy the trailer, which falls a little short compared to our need of watching it, but is still something and we can still review the anime. 😉 Here’s the trailer!