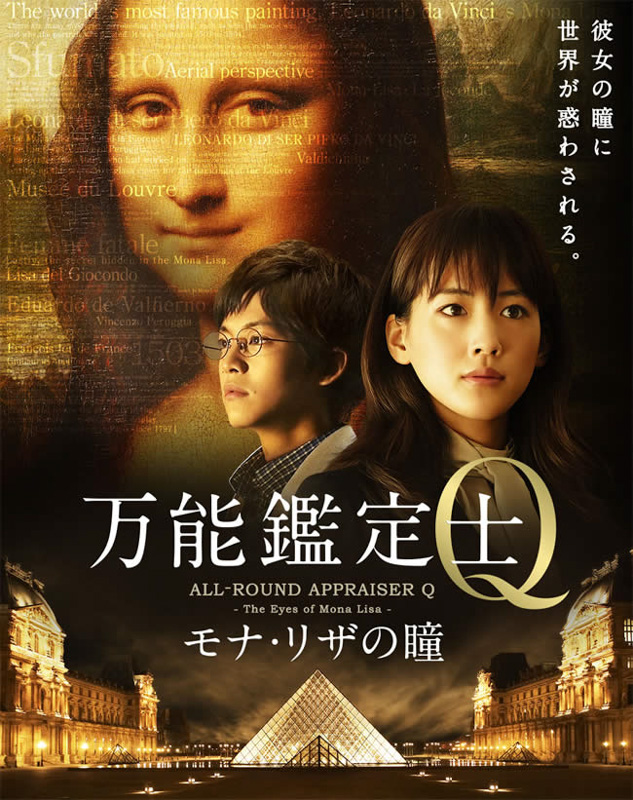 With a mystery case very similar to the starting point on The Davinci Code. Appraiser Q brings a series of clues to the hidden message behind the world famous Eyes of Mona Lisa. If you enjoy detective movies well maybe this season you will be lucky with this one.

There aren’t many Japanese movies that are filmed in several places around the world. For this production it is mandatory.

Appraiser Riko owns an art store, All-Around Appraiser Q. As an specialist she gets a call by the infamous Louvre Museum to work as a temporary employee. Just like that, the job will take place at a Mona Lisa art exhibition that will be held in Tokyo.

Yuto Ogasawara, is a journalist that follows Riko around. He ends up joining her in the journey. Together, they will take part on the discovering of secrets and clues. Specially those that are behind the Mona Lisa’s portrait.

I personally enjoy this type of movies with thrilling and mysterious clues to solve, let’s hope it’s awesome! 😀