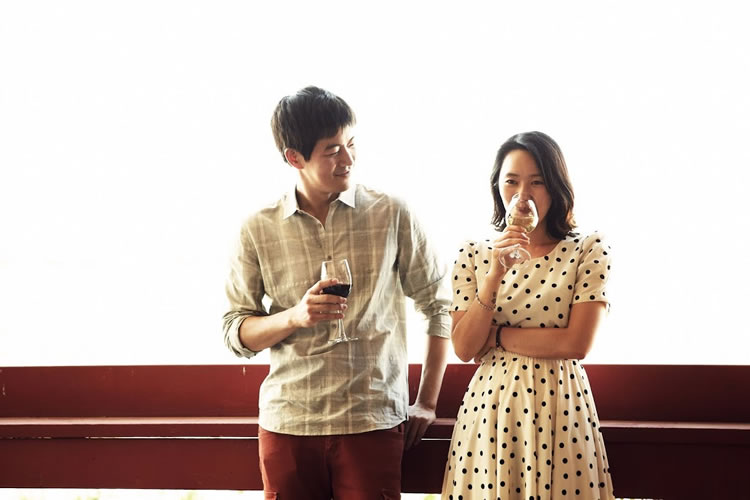 Lee Sang Yoon haven’t made many movies, so Santa Barbara would be his second one. Taking advantage of his recent popularity with Angel Eyes. The main character will incarnate a poor music director. He will have to do some things he does not like in order to get back on his feet. I have to say that I kind of liked his role in Angel Eyes, but gosh that drama was boring…(*runs away from fans*).

On the girl side we will find the ultra beautiful Yoon Jin Seo with way more experience in movies and a full amount of different roles. 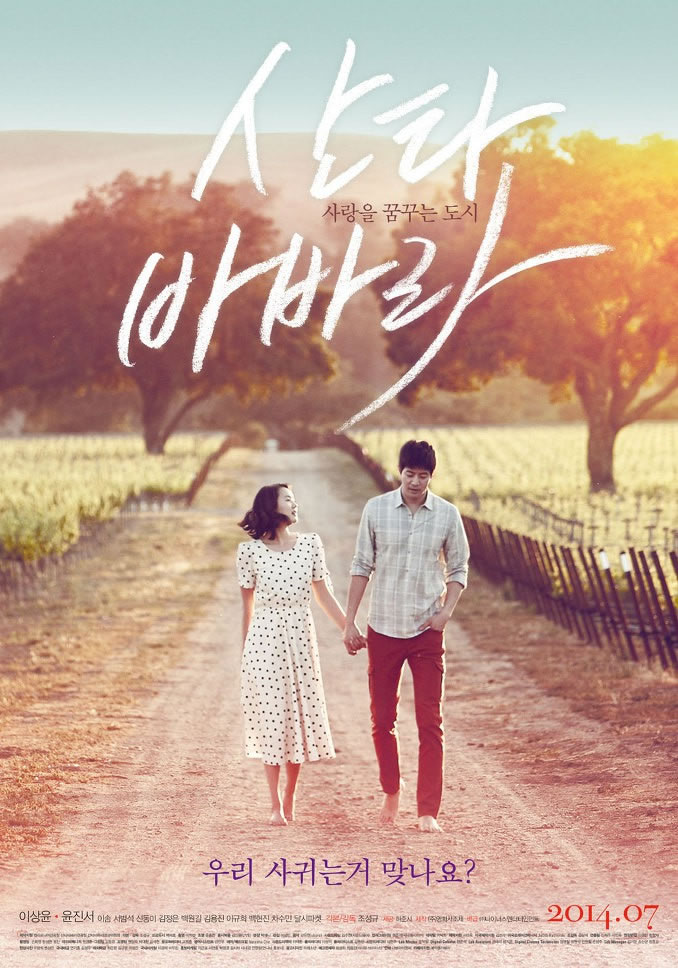 Jung Woo lost his guitar to creditors, he is currently a music director and will be asked to make a commercial. With that excuse he will meet Soo Kyung, an advertiser that he finds annoying and a complete opposite of himself. These leads to a complicated start in their relationship but that will change over a glass of wine and Santa Barabara.

Knowing they have something in common they will find another way to approach each other, share thoughts and some other stuff within. Everything will be lovely until Jung Woo misses the commercial deadline, that will make Soo Kyung disappointed and finish the relationship.

After that, there will be a new encounter that will put them both in a plane in need to travel to their admired Santa Barbara.

I can’t say I will not sleep because of this movie. Maybe because I just found out about it or perhaps because synopsis just doesn’t click anything inside. But, I never know what I will be watching so, let’s just wait for it. After that, anything can be actually said. So I will include the poster between images and as usual, here is the trailer!