When we watch the trailer we get a tragedy, action, intrigue kind of feeling and I really hope that’s the type of drama we get. Although I would love to have some comedy since main leads are specialist in making people laugh. Mixed characters are what makes a drama most enjoyable. That’s obviously nothing that can’t be replaced with a great script, let’s see what Triangle is about.

A story about three brothers that were separated when they were little. Living away from each other for 20 years. When fates reunites them again they will start learning how to be filial. They are completely different and since they don’t know each other. That leads to any kind of situations could arise in the path of discovering their personalities.

Detective Jang Dong Soo will be the oldest, played by the talented Lee Bum Soo. Jang Dong Woo is the youngest, he changed his name to Yoon Yang Ha after being adopted by a rich family. The young emerging star Siwan from the kpop group ZE:A will be playing this part. And last but not least, our beloved JeJe, Kim Jae Joong comes back to dramas. His part as the middle brother, Jang Dong Cheol, now known as Heo Young Dal. 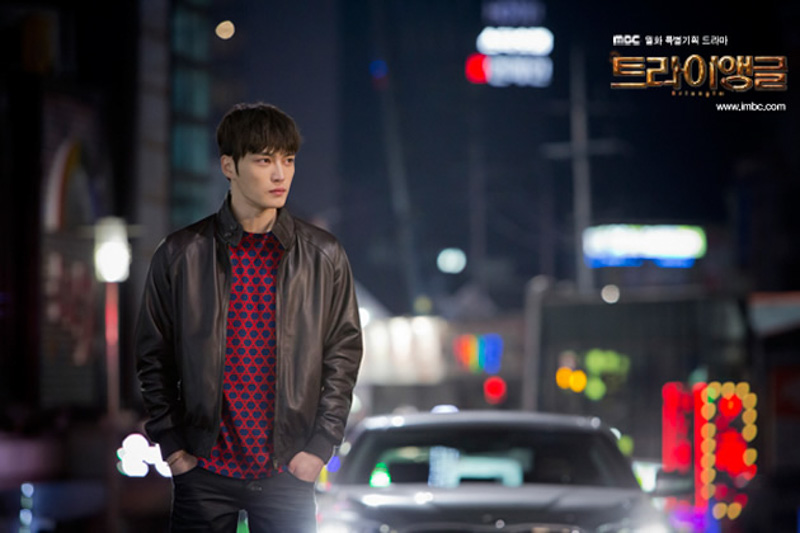 From the plot and the cast it seems really appealing and except from Primer Minister and I. I had no complaints about Lee Beom Soo’s drama picks since they were all amazingly good. With that in mind this one will be probably on my watching list from the start. I couldn’t fin the original trailer, maybe you can help me with that. Anyways, I found a decent one that you can check out at the top of the article!