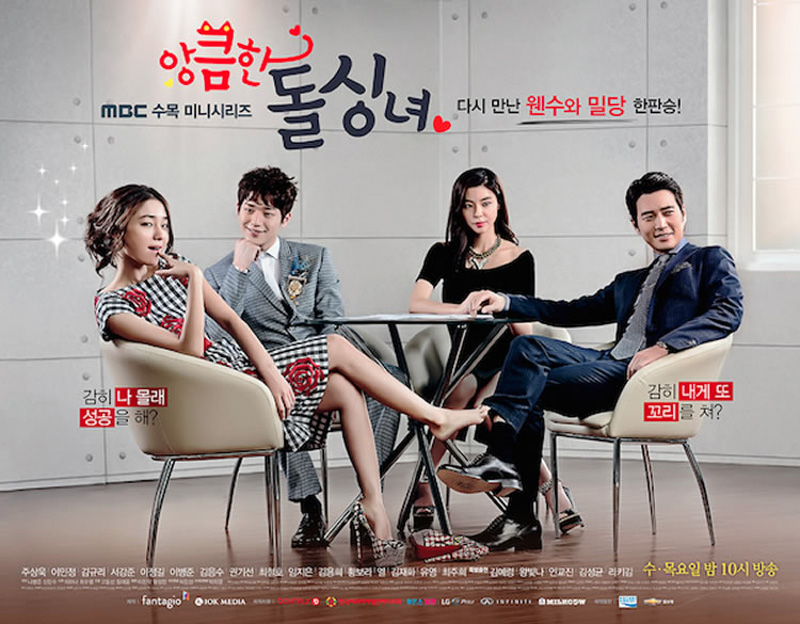 I didn’t expect much from Cunning Single Lady. No idea why since male lead is one of my favorite actors, On the other hand female lead usually does great dramas, specially her last one “All About My Romance”. But the divorce subject tends to be repetitive when you have seen several stories that portrait it. Even tho the starting point might change, there’s absolutely no surprise in the way events develop through episodes. And sadly that was this case, at least for me.

In the end everything you expect happens. Although there are some hilarious bits, there’s nothing much left since is all so predictable. Strong point of this drama is the cast, but when it comes to the story well, it’s just flat and without many surprises. 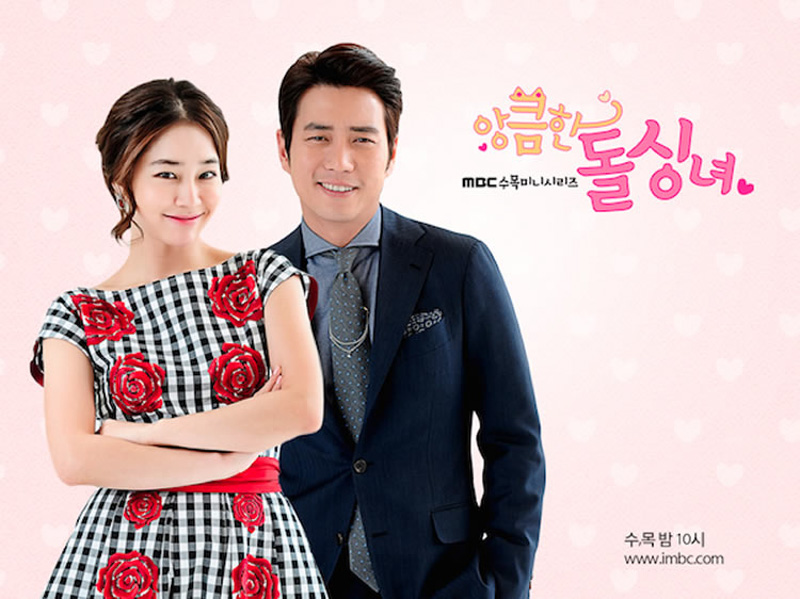 Na Ae Ra decides to divorce her husband when she can’t stand their economical situation anymore. Cha Jung Woo, as a computers engineer has been developing a system that never seems to be finished. In the meantime she is the one jumping from one job to the other to support their married life.

One day she decides to leave him telling him to disappear from her life. That same day when he was about to commit suicide someone saves him. It turns out he ends up in the house of his first investor and suddenly changes his life. After three years he has become a successful CEO of a system developing Company. And he is one of the most wanted bachelors in Seoul and of course he hates her for leaving him. She, in the other hand, swears revenge now that he is in the top, since she still has a grudge towards him for making her a divorcee.

An engineer that has too much going on with his career to pay attention to his wife. He thinks she’s all the time nagging without a reason and doesn’t notice all she does for him. Of course, his situation will change and he will discover all the feelings that had let go. He’s an awesome actor, but he has way better stuff to watch.

Big, All About My Romance, Smile You is Na Ae Ra

The youngest daughter of middle class family, she never liked to study but she can do any job that she aims. Charismatic and beautiful she used to be called the Campus Madonna since students went to her parent’s restaurant just to see her. That’s where she meets Jung Woo and seduces him to get married. Her married life was nothing like she dreamt of and one day she decides to break up. She’s not as strong an actress as her partner but she does a good job, although sometimes her characters turn out the same.

The daughter of the investor that saved Jung Woo’s life, she was in a terrible accident when she run away to marry someone she wasn’t supposed to. In that accident her body suffers from several injuries and her husband dies. Later on we will know the real nature of that events, who provoked them and why is she still struggling with her memories. She’s a great actress as you may have seen her in other productions, but here she’s just another antagonist with an attitude, just like her last works.

The Suspicious Housekeeper, My Love My Bride is Kook Seung Hyun.

CEO Yeo Jin’s half brother and the rebel one. He comes back from America to live with his father although he doesn’t enjoy it, he has a dark past that involves his parents, but in he’s sensitive enough to care for others unlike his father. He’s a young artist that will start working as an intern with Ae Ra and will completely fall in love with her. Is still too early to judge his performance, but I think he did a decent job as an antagonist.

This drama is not the best nor the most memorable one of all. It has some lovely emotions and at some points it is absolutely funny. But in the end it isn’t all that surprising nor deep enough to keep us hooked up all the time. You should watch it if you’re a fan of the artists that take part in it. Just don’t expect a life changing event from it.