I have no idea if you know this production. I found Shark Japanese drama to be on a list when I was watching the Korean drama, also named Shark. If you have any of them in mind, you’ll probably realize that they have nothing in common. Just the name. 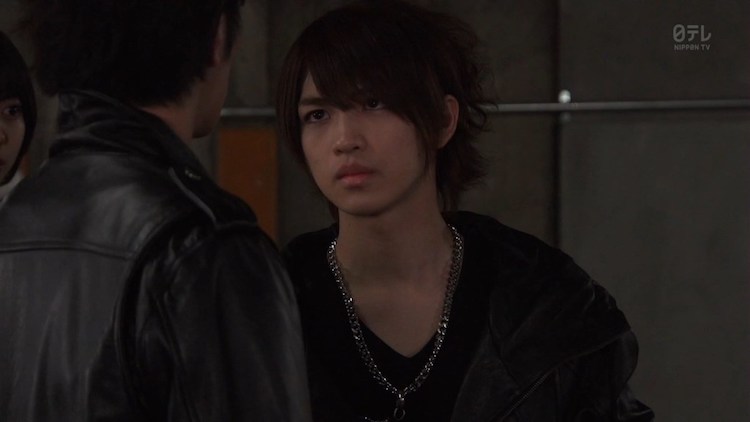 Shark is a Japanese rock band that lost his leader due to an accident. The members are obviously heartbroken but this loss had put their shortcomings in the spot. The manager of the band found a new singer and is trying to start over, but since everyone apparently has issues, then the task will be hard for her and of course for the newcomer.

He’s short tempered, cocky and usually misunderstood but behind his tough outside he has an unusual way of trying to help others. So that’s the way the journey starts, by healing one by one on each episode. I don’t think performances were great, there were some issues that could have been shown differently giving them more impact, but in the end they all served the plot.

I tend to really like stories that centers the attention on human weakness and the way they get over them. Showing that nobody is all bad or all good, but human. This story involves a little but not less important look into music industry where record companies don’t care at all about the bands they represent.

If it lasted longer I wouldn’t recommended it. But since it feels light and is really easy to watch, I’m going to tell you to give it a chance. Specially if you like music dramas or J-Rock.