So glad The Huntresses is finally seeing the light! I can’t stop waiting for each week’s episodes of Empress Ki. Pretty sure is mostly Ha Ji Won’s fault. Not only because I think she’s one of the best female action actresses. She also makes me cry and suffer a lot over there. Not that the rest of the cast doesn’t do their job well, it’s an amazing drama that every fan should be watching, but she’s particularly good.

As I told you before we’re not here to talk about Empress Ki, but about another production that has her as one of the main characters, The Huntresses.

On the bright part, this movie is on the opposite side of sensations even though is also historical. I’m not gonna promise laugh and no pain, cause…you know I’ve seen many Korean comedies that ended up being heartbreaking, but I really don’t think this is the case. 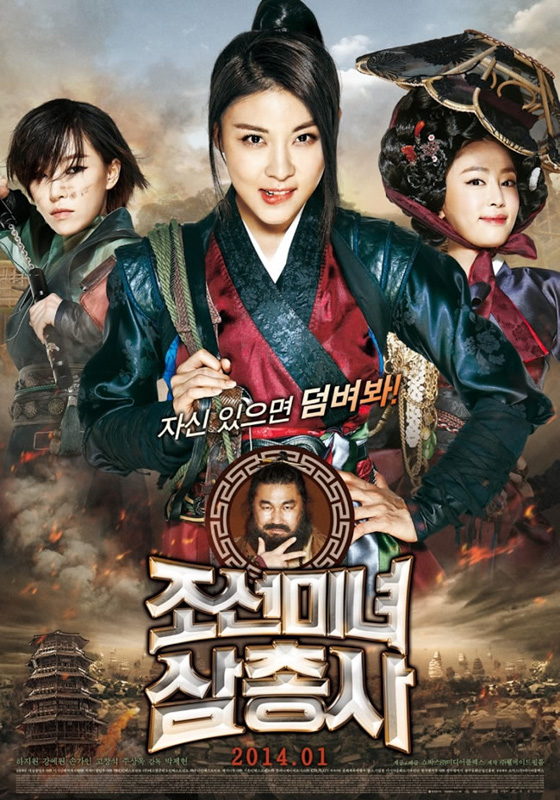 Synopsis of The Huntresses

This bright tough ladies are the musketeers of their Era. The movie is set in the Joseon Dynasty. This women will try to defend the Royal Family against political factions that are trying to destroy them. Girls, fights and comedy should be a good combination if it’s well made.

Cast of The Huntresses

Trailer looks fun and with lots of action, so it might be a good one. I’ll tell you more when I see it! Here’s the trailer! 😀