Starting today, the third edition for this mature drama called I Need Romance that has been really supported in the previous two seasons. A total change of cast, like they have been doing. This series is probably going to last a long while. The reason we gather on this article is to check out the upcoming I Need Romance 3 trailer.

The idea behind this series is to get out of the traditional way of telling that Korean Dramas usually have. In these series you won’t find timid love, but mature dialogues and situations. This makes the story really appealing for elder audiences, and this edition will probably be the same. 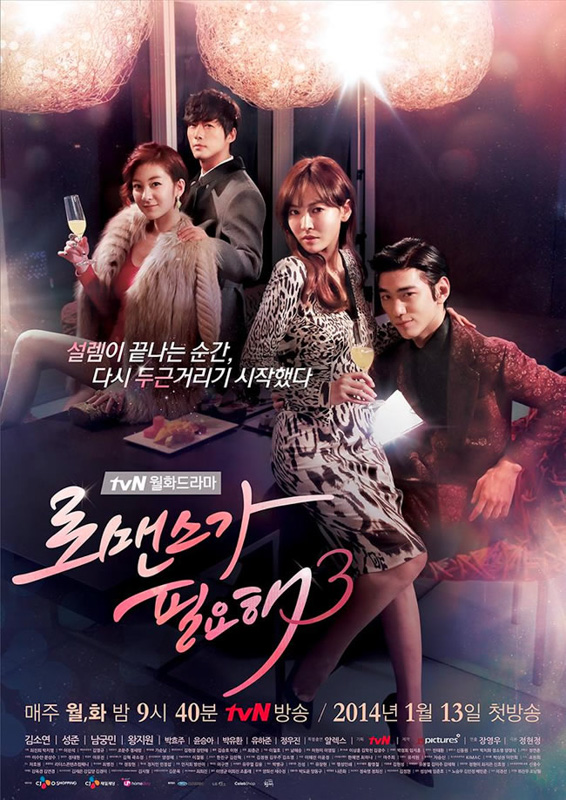 A successful 32 year old woman, Shin Joo Yeon, doesn’t believe in true love. She had a recent break up, and feels really disappointed. Despite this, she is really attractive and professional, so she ends up in a love triangle. Joo Wan an old younger friend, who comes back to Korea after 17 years. Kang Tae Yoon is Joo Yeon’s boss, a perfectionist workaholic, refined and romantic, that doesn’t believe in love either.

Starring in I Need Romance 3 trailer

This version will display the love between a noona and a younger man. Hopefully will be full of funny situations like its predecessors. Although some of the leads back then really got into our nerves! ^_^ Here’s the trailer!