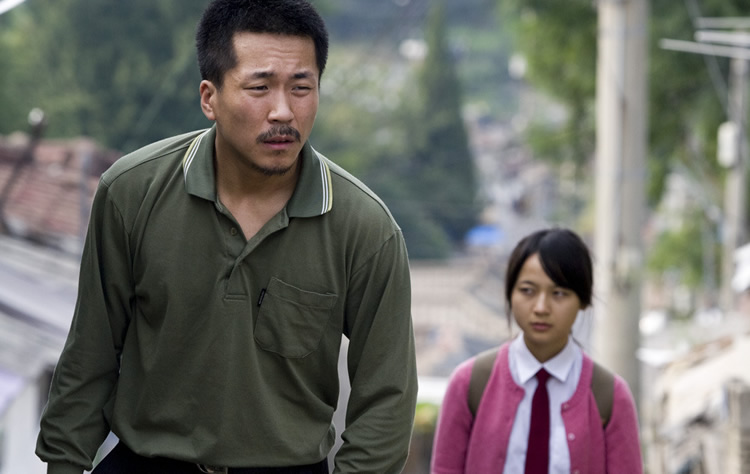 Breathless is a really hard to watch, violent and emotional film. It talks about people that grows up violently and do not know how to break the vicious circle. Specially because of a great part of this circle starts mostly in their childhood. Rhythm is almost hypnotic despite the fact that it is full of bad language and hard fights. What makes it appealing is the emotions behind and the fantastic way the actors are able to portrait.

We find ourselves immersed in this helpless world that has nowhere to run to nor possible way out of it. Domestic violence is usually underrated. And although this movie portraits the life of people with low incomes and no steady jobs, it is something that occurs everywhere. Pretty much like a silent murderer. 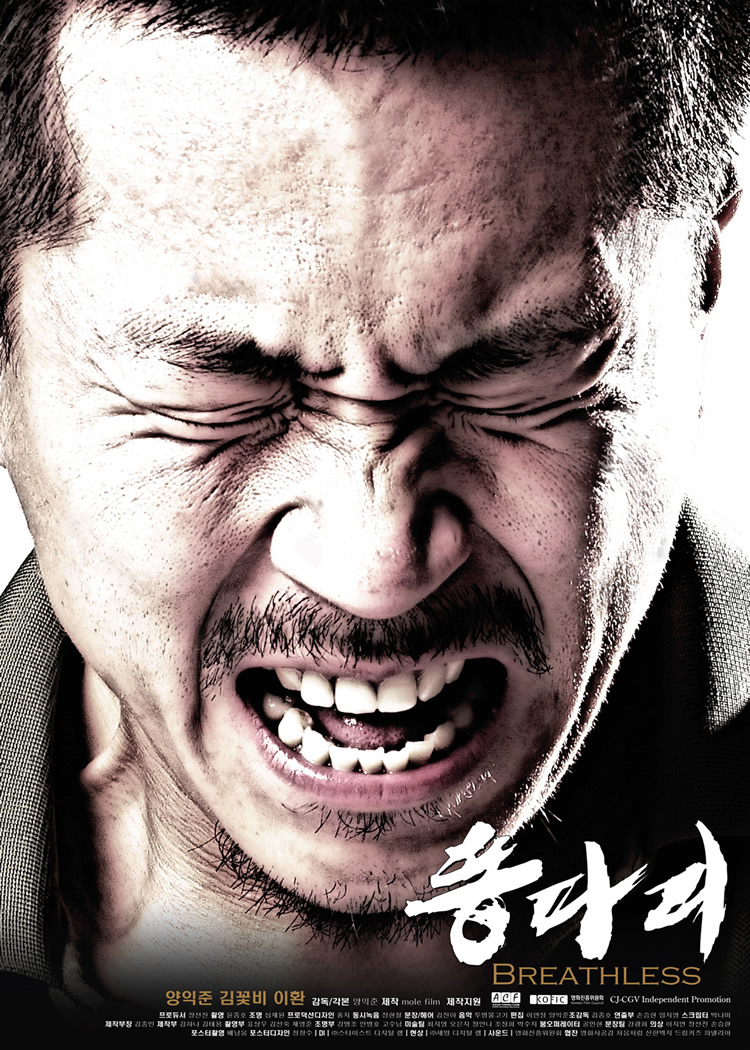 A rustic man grew up like he could in a violent environment. Dealing with debtors for his best friend and boss, he does it by collecting as much money as he can to support his sister and her son. He doesn’t even know how to even talk to people. His fists do the talking and he has become an scary man to everyone that is around him.

Short tempered and disgusting he spits on a school girl that was passing by. Without any fear she confronts him to end up with a punch in her head and eventually sharing a beer together. She’s not as violent as he is but in the end they understand each other from that place. Conflict is the starting point although the get along really well.

We will have a trip through what’s left of their families. That with everything that comes from it and the twisted relationships. In those families there is not any bit of love.

Yang Ik June (Our Homeland, Inspiring Generation, It’s Ok That’s Love) is Sang Hoon. A man that grows up violently and makes this his way of living. His mother died when he was a kid due to a fight with his father and he never forgave him. The talented Ik June is not only the fantastic and awarded lead of this really hard movie but also the screenwriter and director.

Kim Kkobbi (Rough Play, Pluto, Be My Guest) is Yeon Hee, this girl that will be able to access the extremely hard cover that Sang Hoon holds outside to discover his true nature. She lives with her abusive lazy brother and a father with dementia that keeps calling for her dead wife.

It is not a movie that you will enjoy. That’s because it will push you towards your own edges. What comes out fantastic about it is that because of the way it is made you will feel every bit of it to the bones. And I definitely think that’s its strongest point.

If I could describe it with just one word that would be: karma. Highly recommended.