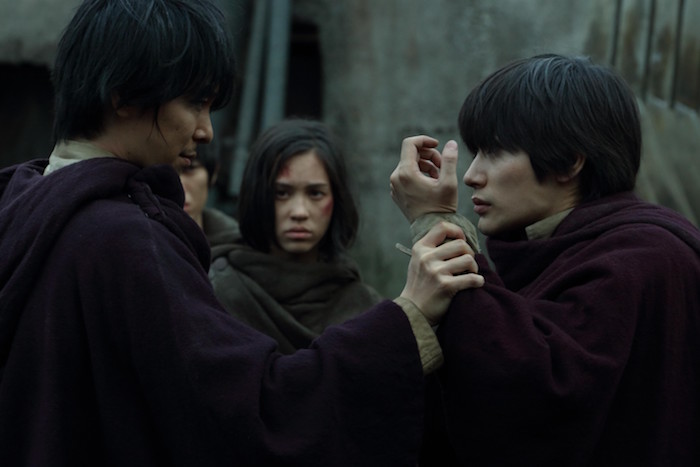 Okay so, I was expecting this movie like I’m expecting the second season of the anime. Which…is, yes…A LOT! and I can’t say I wish I haven’t seen the movie, but I’m so close to it that I will have to bite my tongue.

The movie isn’t only really far away from the original script we were able to see in the anime version or the manga. It also completely changes the nature of characters, taking us away from all the feelings, dialogues, symbols and the whole meaning of the story.

I can’t say the whole film is absolutely bad. It is not a complete mess, but, only because special effects are somewhat really well made. I just wish it would have been more accurate to the whole plot or, at least, completely new. With this I mean, taking us to a new level of explanation, being an accessory to the original story, not destroying all the important facts and actions. 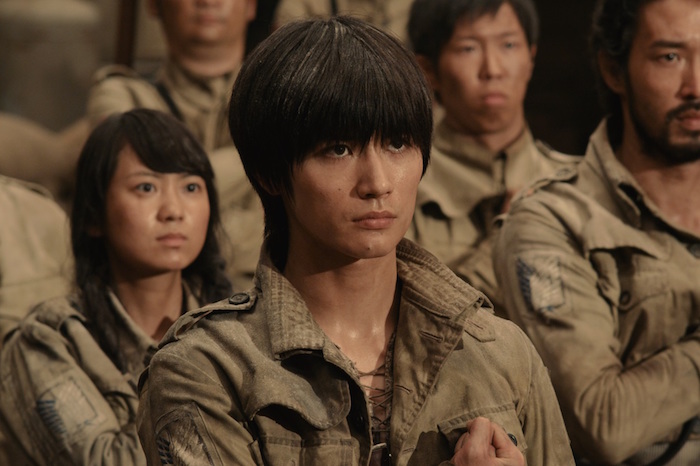 Titans have taken over the earth 100 years ago. Only a small amount of humans are left behind a giant fortress to live hiding and trying to solve this impossible battle. Special attack units are being train and the movie centers in this first encounters with types of Titans that are stronger, faster and seem to move differently than before.

Eren, one of the members of the trainees squads will develop an ability that nobody has seen before, that will be the beginning of a possible even fight between mankind and titans.

Review of Attack on Titan

I’ve seen almost every actor in this movie performing before in several parts, let me tell you if you haven’t, they don’t perform that bad in other doramas and films. I have no idea what went wrong here, but I hope it gets solved in the upcoming sequels. I won’t explain each character as I usually do cause is really not worth it.

There are limitations on how much you can change a script without taking out the value of situations, attitudes and character’s nature. Everything that a complex and complete story, like the original Attack On Titan, brings to the table. The movie is just a mere entertainment without anything else, if you find yourself enjoying this, which, if you’re a real fan of AoT, I doubt.

The whole story is completely made for people that haven’t seen the anime at all. Or have no idea about the original story. The truth is, that it is an entertaining film, but it looses all the magnificent game all fans were expecting. You can check the trailer again at the top of the article, if you still haven’t seen it.