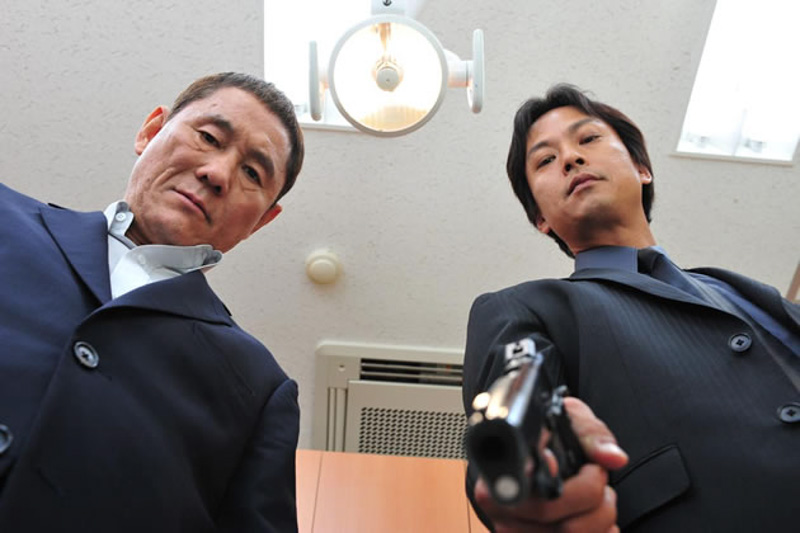 It’s been a while since I saw this movie but the memories still remain. That might be because it is actually a very good one. Or maybe because Yakuza inside life is amazingly attractive to watch. Specially when it is so perfectly portrayed. Outrage is considered to be one of the best mafia movies.

The fact that it is entirely made in Japan adds an absolute solemnity to it. It displays, in a really quiet way, how the power mechanisms works inside the mob. It’s extremely hard to put up with all the names and positions. There is also the continuous switching back and forth, but it is still really thrilling to watch. 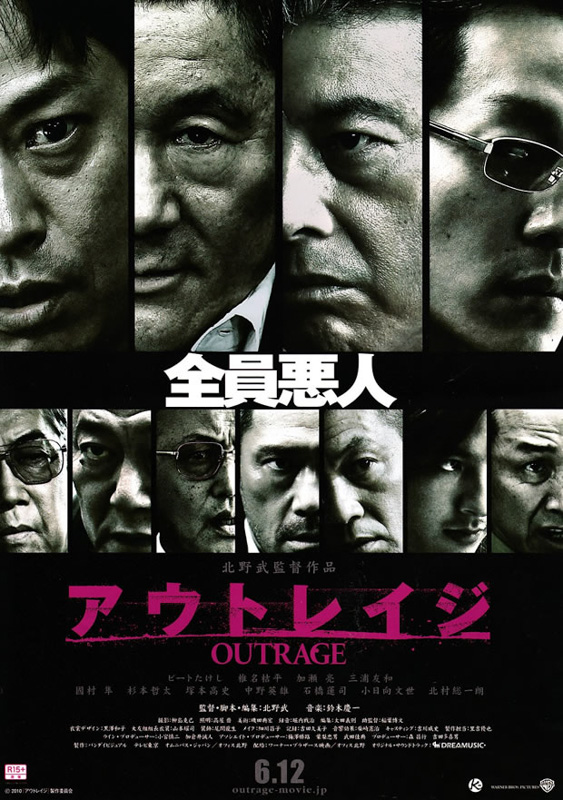 This is a movie for genre fans. I don’t think someone with a great love for romantic comedies will enjoy it. Specially for the fact that the action is not that much for an action movie and the dialogs are long. It’s quiet and with lots of interconnections between family names and wrongdoings.

Outrage shows the perfect irony contrast between the flag of loyalty they bear and the fact that in the end anyone can betray anyone. Even tho they are risking their own lives.

It’s a good way to start to know how things work over there. A world that it’s really different from ours, and to which we wouldn’t have any way of getting to know it otherwise. I really liked it, it’s somehow slow, but enjoyable and fun, there are several strong names on the cast:

I had no idea, that there was a second movie, I was really happy when I found out, will review it soon, since I already saw it.