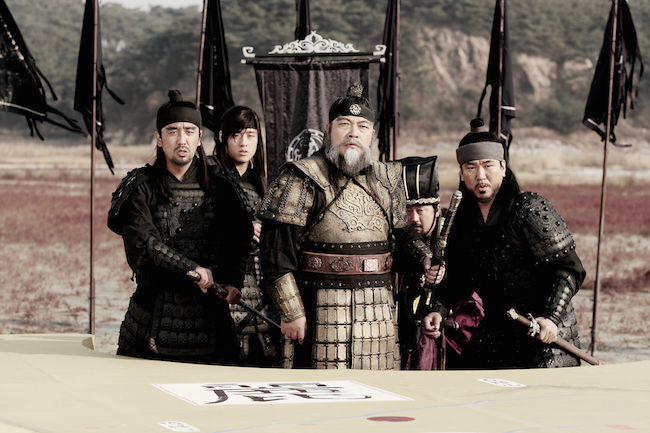 When I found out about the names that were part of the cast in this production, I told myself that I had to watch it, sadly I can’t say that it’s even close to being memorable. Even tho there are many fun stories mixed inside the plot, truth is that it’s just a way some of the actors naturally portrait their characters, but not because of the goodness of the script.

It’s a film that it becomes a little bit funny but that’s it. Of course, performances are good in general, and what I think it’s the missing link over all is the weak script. Don’t get me wrong, there are many movies that go nowhere with the story but that works for them, this is not the case.

The battle of power between Silla and Goguryeo’s Kingdoms during the Chinese Tang Dinasty. Gogureyo population resides inside the Pyongyang Castle and they swear to defend their land against anyone that wants to take over them.

That’s how the King of Silla, associates with the Chinese invaders to increase their territory. Once this is settled, the entire story will portrait the lives of soldiers and their struggles, some of them are proud of participating in the battles, others are just trying to find a way to scape.

The soldiers will be in charge of the very few funny moments of the movie, and gain too much relevance in the script, leaving the amazing battles aside, which ended up being too few. 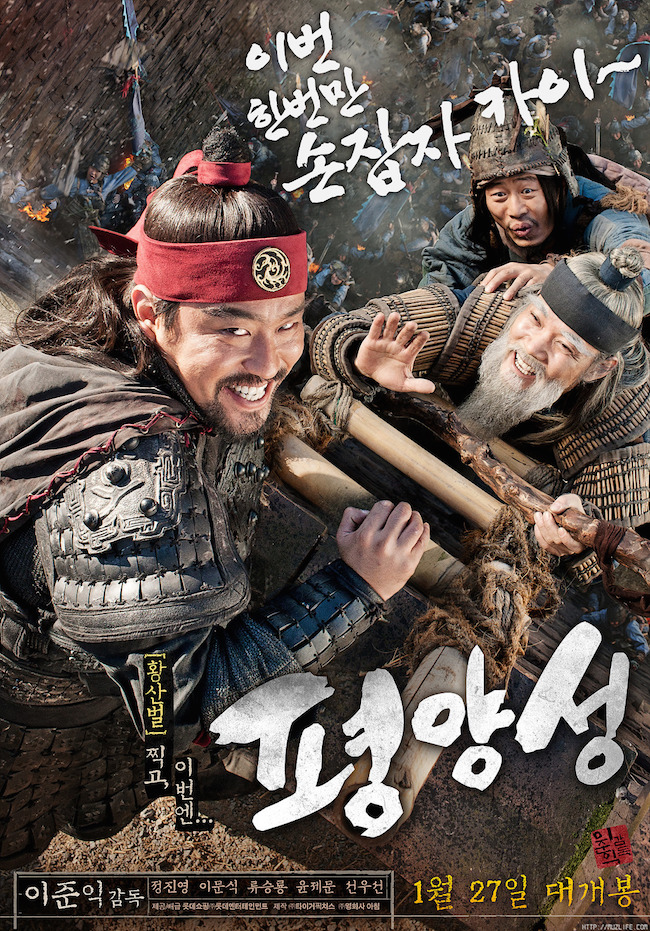 Is Silla’s Admiral, in charge of the main intrigues and who becomes one of the center focal points, playing a great part.

Is Geoghigi one of the soldiers that are forced to take part in this battle, expert in surviving and one of the characters that will make history change.

War of Arrows, All About My Wife, Children…

The Heirs, Monstar, To the Beautiful You

The three of them are the Pyongyang Castle’s rulers. Each one with a different point of view about the conflicts that are arising around them. So they basically fight each other all the time.

Also takes part in this story, as one of the soldiers, Moon Di. He takes his job too seriously and thinks his mission is the most important of the entire war. Although his capabilities aren’t what he thinks they are.

A Hundred Year’s Hinheritance, Will it Snow For Christmas?, Innocent Thing

Portraits the only woman in the story. She has always lived around men so she has a tough character, just like a soldier.

Battlefield Heroes, also known as Pyongyang Castle, is the sequel of Once Upon a Time in a Battlefield. A movie that I haven’t watched yet. I doubt I will. The comedy, the intrigues and the battles, fall too short in this one.

For me it is incomplete. Maybe because I expected too much from the cast and the script didn’t deliver. Or maybe because I’ve seen many comedies in the past that portrait a well written, spicy scripts. And that are absolutely more enjoyable. The movie is really well made. But it will leave you all feeling nothing. I wouldn’t recommend it if you’re looking for a great story or comedy, but in the end, is all up to you.